Did your doctor ‘ghost’ you? An employment contract may be to blame

Agreements with so-called restrictive covenants are now common in medicine 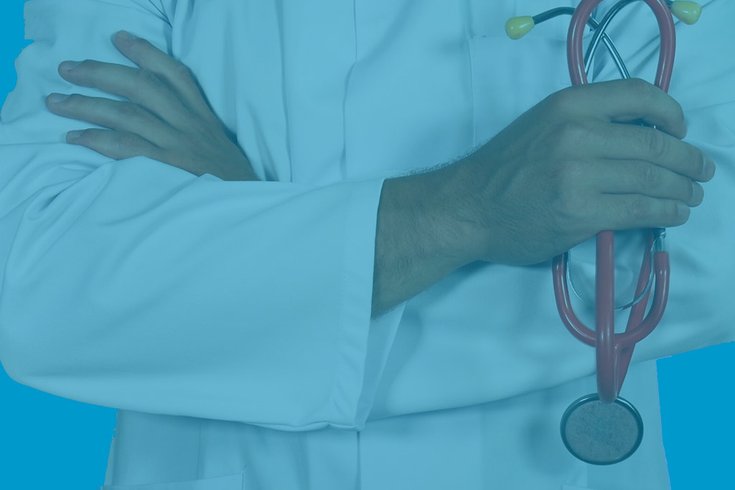 When Don Cue developed a bladder infection last fall, he called his longtime urologist’s office for a urine culture and antibiotics. It was a familiar routine for the two-time prostate cancer survivor; infections were not uncommon since he began using a catheter that connects to his bladder through an incision in his abdomen.

When Cue called this time, a receptionist told him that his physician, Dr. Mark Kellerman, no longer worked at the Iowa Clinic in Des Moines, a large multi-specialty group. She refused to divulge where he’d gone.

MORE HEALTH: FYI, you're never too old to get measles (or the vaccine)

Flummoxed, he solved his immediate problem by taking leftover antibiotics he had in his medicine cabinet.

It was only later that he learned his doctor had been fired by the Iowa Clinic and planned to start a urology practice with clinic colleagues. And, under the terms of their contract with their former employer, the doctors were banned for a year from practicing within 35 miles of the clinic and from recruiting former patients to follow them.

Contracts with so-called restrictive covenants are now common in medicine, although some states limit their use. Noncompete clauses — common in many commercial sectors — aim to stop physicians or other health care professionals from taking patients with them if they move to a competing practice nearby or start their own. But what may be good for business is bad for patient care — and certainly disquieting for those whose doctors simply disappear.

One survey of nearly 2,000 primary care physicians in five states found that roughly 45 percent were bound by such clauses.

Continuity of care is important, doctors say, especially for patients with ongoing medical issues. Cutting off access to a doctor is different from disrupting someone’s relationship with a favorite hairstylist or money manager, they say.

“When doctors want to move from one practice to another, if they’ve got good therapeutic relationships with their patients, you’d think that public policy would want them to continue to treat these patients that trust them,” said Judy Conti, government affairs director at the National Employment Law Project.

Charlie Wittmack, a lawyer at Hartung Schroeder in Des Moines, is representing Kellerman and the two other urologists who were also fired in a lawsuit against the Iowa Clinic. The wrongful termination suit asks the court to declare the physicians’ restrictive covenant provisions unenforceable. Wittmack said the controversy there was “tragic” for patients. “These are people who have prostate cancer or are in extreme pain because of kidney stones or have blood in their urine.”

Ed Brown, the clinic’s CEO, said the noncompete agreements are not just about business but also help ensure that the Iowa Clinic can provide reliable services.

“Noncompetes are good for the patients because they help to provide stability within a practice and ensure continuity of care,” Brown said recently in an email. Further, he added, noncompetes protect physicians by ensuring that other physicians in the practice are committed to the same agreement and can’t abandon it without proper notice.

The urologists “believe they can make more money elsewhere, and they don’t want to be held to any contractual responsibilities,” he said.

Even when longtime patients go sleuthing to find their doctors’ new offices, they may not be accepted into those practices. Hospitals and clinics say they have little choice but to respect the terms of business agreements that others have negotiated.

UW Health, the health care system for the University of Wisconsin-Madison, recently hired three primary care doctors who had worked across town, said Dr. Sandra Kamnetz, vice chairwoman of clinical care for the Department of Family Medicine and Community Health at the University of Wisconsin’s School of Medicine and Public Health. They are taking great pains not to treat any of the new doctors’ former patients because the terms of the doctors’ contracts with their old employer prohibit them from taking care of former patients for two years.

Staff at the UW clinics ask prospective patients if they’ve ever been seen by one of the doctors. They then check the patient’s electronic health record to confirm there are no messages, prescription refills or other recent contact with the new UW Health doctors and that patient at the previous job, said Kamnetz.

“Patients get frustrated, but what they may not understand is that this is a legal thing that we have to abide by,” she said.

Whether noncompete clauses are binding in health care — especially when patient care is disrupted — is a point legal scholars debate. In general, to be enforceable, the agreements must be reasonable and narrowly drawn so that they protect an employer’s legitimate business interest but don’t unduly restrict a doctor’s ability to make a living.

Courts may weigh whether enforcing a noncompete clause would create a physician shortage in a particular region or specialty. The guiding principle is patient choice, said David J. Clark, a partner in the New York office of the law firm Epstein Becker Green who has analyzed state noncompete statutes in health care.

“No court is going to deny a patient who wants to go see a doctor of her choice,” Clark said.

'MORE CONCERNED ABOUT THE BOTTOM LINE'

Most disputes are settled before they make it to court, however.

A recent report by the Trump administration evaluating how to promote choice and competition in health care recommended that states examine noncompete agreements for their effect on patients’ access to care and the supply of providers.

Several states, including Massachusetts and Colorado, that allow noncompete clauses in employment contracts generally won’t enforce them against doctors, according to Clark’s analysis.

Other states, such as Texas and Tennessee, place limits on the agreements. In Texas, for example, a noncompete pact must allow doctors to have access to a list of their patients in the past year and access to their medical records, among other things, Clark found.

Medical board rules take it a step further. “In Texas, when a physician leaves, the practice is required to cooperate with a physician who wants to put up a notice that says this is where that physician can now be contacted,” said Kathy Poppitt, a partner in the health care and government and internal investigations practices at the Austin, Texas, office of King & Spalding.

The American Medical Association, which represents doctors, doesn’t oppose restrictive covenants outright, although its policy notes they can limit patients’ choices. “To the extent that these agreements disrupt continuity of care and disrupt patient choice, this is of great concern to the AMA,” said Dr. Patrice Harris, the organization’s president-elect.

For patients in central Iowa, the departures of longtime urologists at the Iowa Clinic is dizzying. After Kellerman and his colleagues left, five of the clinic’s remaining seven urologists submitted their resignations. They are also subject to noncompete restrictions. They left the practice in mid-February.

Susan Murphy, 72, has seen a number of doctors in the urology department. Dr. Richard Glowacki, one of the urologists who left with Kellerman, performed surgery to remove her kidney stones more than a decade ago. Another, Dr. Stephanie Pothoven, did surgery to repair her prolapsed uterus a few years ago.

Murphy said she got a letter from Pothoven announcing her departure. It didn’t provide details about where she would be going.

“I’ve got it etched in my brain to find out where they went,” she said. She has no plans to return to the Iowa Clinic. “Somehow they lost sight of patient care and were more concerned about the bottom line,” she said.