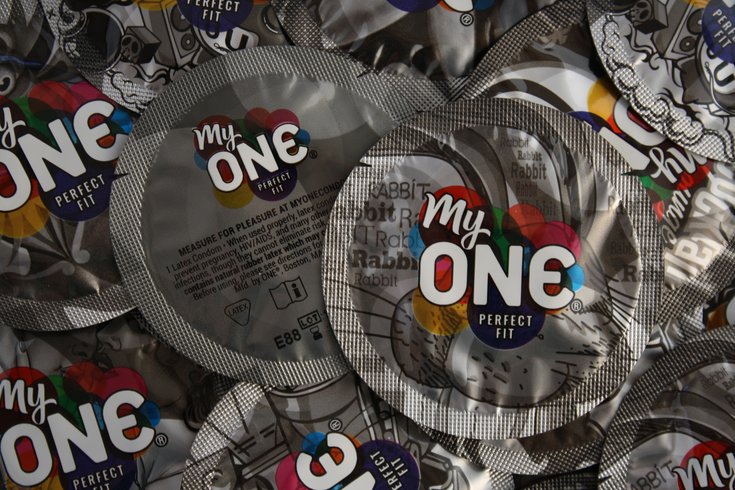 A recent study found that only one-third of men in the U.S. wear condoms, while many others excuse themselves from the protective measure by using the self-congratulatory reason that they’re “too big” to wear one comfortably.

According to the Food and Drug Administration, however, the opposite tends to be more common: Typical size complaints from men regarding condoms are that the average length of one – which had long been a standard 6.69 inches – is about an inch too long.

Regardless, one Boston-based company is creating custom-fit condoms for men of all sizes. The company, Global Protection Corp., launched this month with offerings of 60 different sizes, all of varying lengths and widths, sold under the brand myOne Perfect Fit.

The site even offers dudes a template with which to measure themselves, and the sizes are labeled similarly as bras are for women – you could be an N99, an M22… so many possibilities here.

According to The New York Times, condoms of all sizes started selling within the first hour myOne Perfect Fit opened its sales online. Davin Wedel, the company’s president, said in a statement that myONE may help change the negative connotations many men (and women) have against condoms.

“MyONE has the potential to change people’s perception of condoms and ultimately reduce the number of unintended pregnancies and STI occurrences,” Wedel said. “We’re committed to bringing a smart solution to market by offering comfortable condoms at affordable pricing.”

Bringing these condoms to market turned out to be a seven-year endeavor as the company had to comply with the FDA, which considers condoms a medical device. After ongoing research and manufacturing, the condoms were eventually cleared.

"Although manufacturing myONE is a significant investment and required specialized manufacturing processes and equipment to be developed, we are strongly invested in myONE and its potential to increase condom use overall," Wedel said.