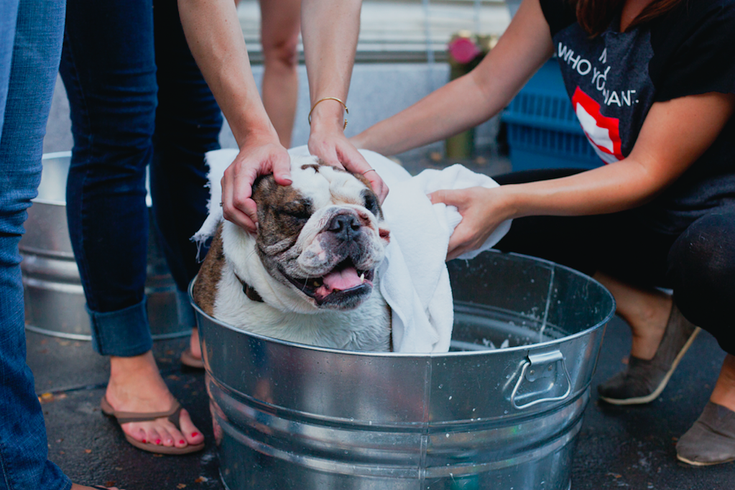 Look how happy this very good boy is to be squeaky-clean.

There will be a curbside dog wash from 5-8 p.m. Washes are first-come, first-served, but those waiting can get a caricature of themselves and their pet from Caricatures by Courtney, pose for a picture in the pop-up photo booth or snack on Big Gay Ice Cream treats.

Baths, caricatures and photos will be complimentary, but donations to Lulu's Rescue are encouraged.

In addition, Red Owl Tavern next to the hotel will have a special happy hour during the event on its patio. Hush puppies and greyhound cocktails will be available for $6 each, with a portion of proceeds going to Lulu's Rescue.