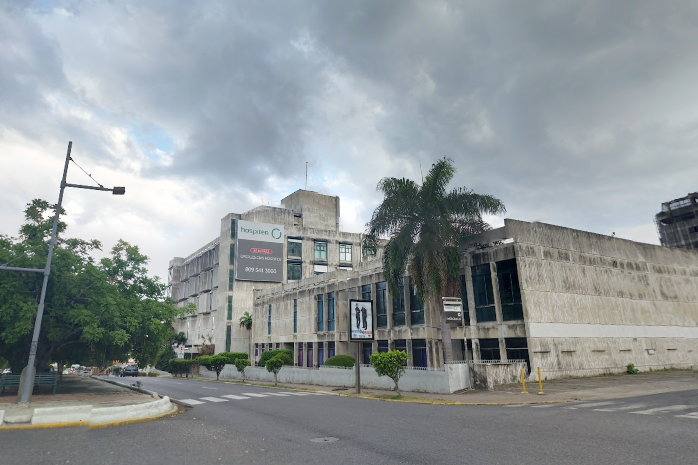 A New York man died while vacationing in the Dominican Republic last Monday in a hospital in Santo Domingo. It is unclear which hospital he passed away in. Seen here is the Hospiten - Santo Domingo.

A Long Island, New York, man reportedly is the 10th American to die while visiting the Dominican Republic in the last year.

Vittorio Caruso, 56, of Glen Cove, Long Island had been visiting the Caribbean island to celebrate his retirement and he died June 17, News 12 Long Island reported, having confirmed his death with the U.S. State Department Officials.

Caruso's family told the station they had received a phone call on June 17 to explain he was sick. Shortly afterward, the family received a second call to inform them Caruso had died.

CNN reported the man first received medical treatment June 11 at a Santo Domingo hospital where he ultimately died. Officials said he died from respiratory failure and may have suffered a heart attack. News 12 reported that the family expects to receive Caruso's autopsy results on Monday.

Of the 10 Americans to die in Dominican Republic in the last year, eight have occurred in 2019. Most recently, Joseph Allen, of Avenel, New Jersey, was found dead on June 13 in his hotel room at Terra Linda, a resort in the town of Sosúa on the island's northern coast.

Three Americans died while guests at the Grand Bahia Principe Hotel in May – Miranda Schaup-Werner of Allentown, and Maryland couple Edward Nathael Holmes and Cynthia Ann Day. Dominican Republic officials said Schaup-Werner and the couple from Maryland died from enlarged hearts and internal bleeding, according to the Washington Post. In June, a South Philly couple said they became ill at the same resort.

In January, two tourists — one from Florida and one from Staten Island — died at Punta Cana. In April, a California man died in his room in Punta Cana.

A woman from Delaware, Tammy Lawrence-Daley, came forward in May to say she was viciously beaten at a Punta Cana resort while staying at the Majestic Elegance resort in January. And Robert Walker, of New Castle Pennsylvania, came forward on June 20, to say he was ambushed by two men at the same resort.