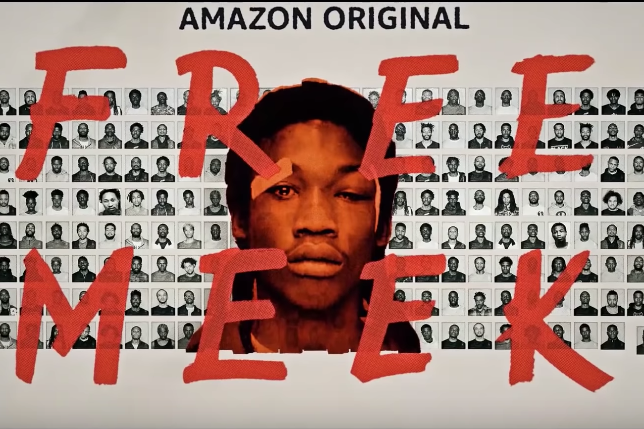 Amazon Prime has released the official full trailer for the Meek Mill docuseries, "Free Meek." The new series will be released on Aug. 9.

The five-episode docuseries follows the Philadelphian's legal fight while also seeking to expose the greater flaws within the justice system.

The trailer opens with Meek announcing to a crowd, "Let it be known that Meek Mill has dedicated himself to justice reform and making sure the people that don't belong prison is not in prison."

As the rapper's troubles with Philadelphia's probation and court system begin to unravel, Van Jones notes, "The system tries to put Meek Mill on trial and Meek says, 'No, I'm gonna put the system on trial.'"

Executive produced by Jay-Z, the series will feature new information uncovered by Quest Research and Investigations, a private investigation firm that has worked with several major networks and organizations including HBO, Dateline, and The New York Times. The company originally was hired by 76ers co-owner Michael Rubin to look into Meek's case prior to the docuseries.

In November 2017 Meek was sentenced to two to four years in prison for violating his probation from a 2008 case involving drugs and weapons charges. Following months of public support, the controversial sentence tossed by the Pennsylvania Supreme Court in April 2018 and the rapper was released on bail.

Earlier this month, the rapper was granted a hearing in front of a new court by the Pennsylvania Superior Court to appeal Meek's 2008 conviction, which his team argues should be overturned.