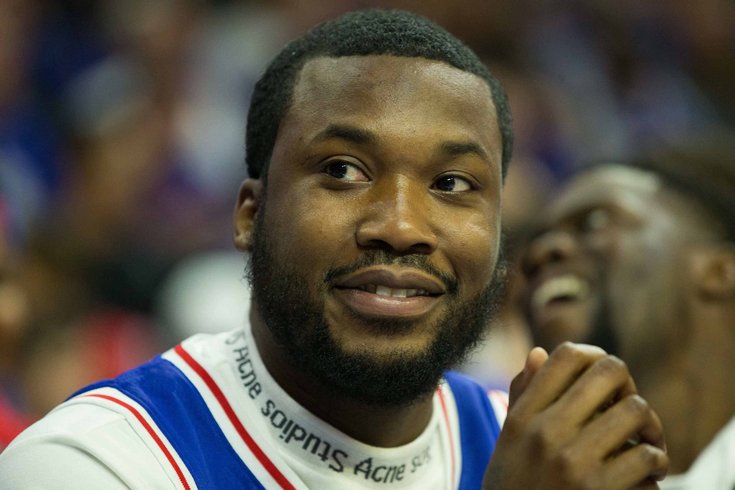 Meek Mill, pictured above at a Philadelphia 76ers game, was granted a new hearing by the Pennsylvania Supreme Court on Tuesday, June 4, 2019, in his ongoing fight to overturn a 2008 conviction. That preceding will take place in July before judges with the Pennsylvania Superior Court.

Meek Mill jumped on Twitter on Monday to answer some fan questions, including the most important one: When is new music coming?

The Philly rapper posted on social media under #askmeek that he would be releasing music "in a few weeks."

When asked "Are you releasing anything for the summer??" Mill responded, "Yeah I'm getting ready now."

In May, Mill hinted that he was collaborating with well-known hip-hop artists on something new.

These new releases will follow "Championships," which was the rapper's first full-length album after serving five months in prison. The highly-anticipated album was met with critical acclaim.

Meek also weighed in on his love life, how he likes to unwind these days, and even Justin Bieber's bizarre and sudden beef with Tom Cruise during the #askmeek question session.

"Justin Bieber better run down he want the smoke lol," he said.