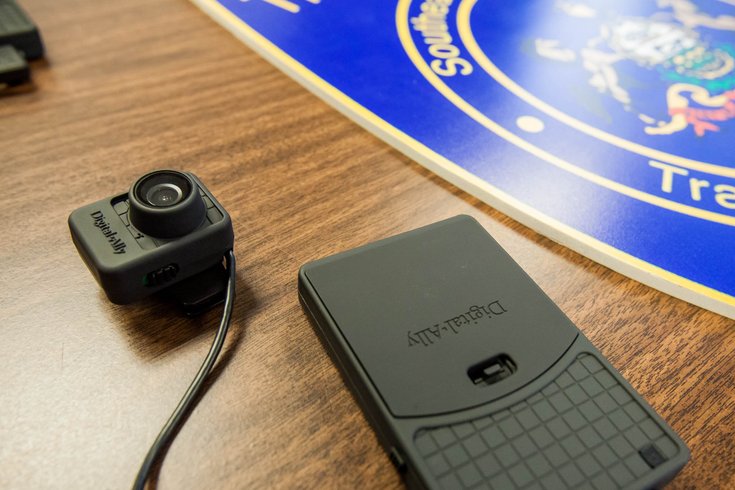 SEPTA transit police will use the Digital-Ally body cameras, shown above at the SEPTA Transit Police headquarters on Friday, Jan. 8, 2016.

At the beginning of 2016, SEPTA became the first transit police system in the United States to roll out a plan that will equip all of its officers with body cameras by the end of the year. The initiative, touted by SEPTA Police Chief Thomas Nestel as a way to ensure credibility and compliance, gained momentum after a widely publicized incident last June when surveillance video showed a transit officer shove a man carrying his four-year-old daughter on suspicion that he skipped his fare.

As with similar body camera programs recently implemented in police departments around the country, the ideals and objectives are fairly clear, but research into how effective these initiatives are from a public safety and fiscal standpoint remains incomplete.

To help with this process in Philadelphia, Drexel University criminology professor Jordan Hyatt has been brought on as a consultant to team up with researchers at Cambridge University to provide a more measurable understanding of how body cameras impact crime in the system, complaints against officers and use of force, DrexelNow reports.

“Body-worn cameras are being used, with increasing frequency, by law enforcement agencies across the county,” said Hyatt. “The development of solid, empirical research has not kept pace. Working with the SEPTA police department, an agency committed to evidence-based policies, presents an opportunity to rigorously examine the effects of body-worn cameras on a number of important dimensions, including crime within the transit system and the nature of officer-citizen interactions.” 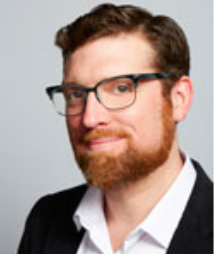 Hyatt, pictured left, received his JD from Villanova and Ph.D. from UPenn. He joined Drexel last fall with a research focus on the corrections system and innovative criminal justice interventions.

SEPTA's department-wide program, which comes at an initial cost of $300,000, launched following a July 2014 pilot in which 15 transit officers field-tested cameras from various manufacturers. By the end of 2016, all 270 officers on the force will be equipped with body cameras.

“We've done this because we believe it gives the SEPTA Transit Police Department more credibility with the community. They'll have more trust in us, and feel there are additional checks and balances,” Nestel said of the initiative. “These cameras will also greatly aide with our investigative efforts by providing audio and visual evidence of officers' interactions with the public and response to calls.”

The addition of the body cameras expands SEPTA's network of 18,000 surveillance cameras at its stations and on its buses, trains and trolleys. That video evidence has proven invaluable in criminal investigations and Hyatt's team will be tasked with quantifying the impact it has on both the community and SEPTA's transit force. Former Philadelphia Police Commissioner Charles Ramsey, who recently joined Drexel as a fellow and an advisor to the Department of Criminology and Justice Studies, is  confident that the body cameras and existing surveillance systems will act in concert as a deterrent to crime.

“I’m a huge advocate for the use of body cameras," Ramsey said. "Cameras will increase police and public accountability; everyone acts differently on camera. This is consistent with the recommendations of the President’s Taskforce on 21st Century Policing and a positive development for policing practice and research in Philadelphia.”