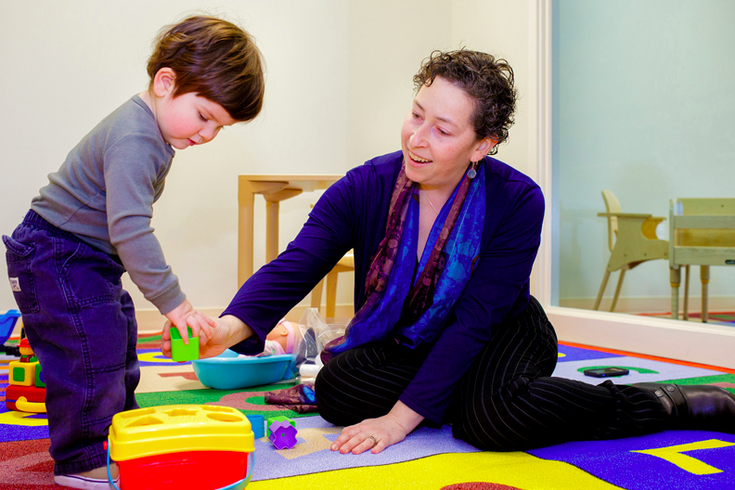 Diana Robins, of the A.J. Drexel Autism Institute, plays with a toddler. She argues that all young children should be screened for autism.

A Drexel professor and colleagues from other institutions are pushing back against a national task force's recommendations on early autism screening — or, more accurately, against the lack of any recommendation.

Advocates for early autism screening are frustrated over the fact that the U.S. Preventative Services Task Force declared last week that there was not enough evidence for them to recommend either for or against nationwide screenings for all toddlers.

They fear that the lack of concrete recommendations could lead to fewer screenings and thus more cases of autism going undiagnosed and untreated. Insurance companies might not cover the screenings without a national recommendation.

Robins was the lead author of a paper calling for universal autism screening. The paper was published in late January after researchers learned what the national committee was going to recommend.

"It is important to develop a body of research showing long-term health-related outcomes from screening, but waiting until that literature is complete does a disservice to the thousands of toddlers in need of screening and early detection with each passing year," wrote Robins, along with 14 other autism researchers from across the U.S.

Robins helped to create an autism screening questionnaire for pediatricians which is available online for free. She says that early warning signs of autism often go unnoticed by doctors unless they actively screen for them.

"I think that pediatricians are experts in many things, but the subtle social deficits that are the hallmark of emerging autism in toddlers is very hard to see at the check-up," she said.

In fact, even though the American Academy of Pediatrics recommended universal screening in 2006, a 2012 report found that less than one in five pediatricians complete the full screening process.

Early screening is crucial because children's brain are "most malleable and most receptive to treatment" when they are young, Robins said. She pointed to a study which showed that children who are diagnosed and given intensive treatment for autism at a very young age can progress to the point where they are no longer on the autism spectrum at all.

There is a risk that universal early screening could increase the number of false-positives, i.e. diagnosing children with autism when they don't actually have it. Intensive interventions like Applied Behavioral Analysis are quite expensive and there might not be enough experts in the U.S. to respond to an increase in autism diagnoses.

However, the task force stated in its report that it found "little evidence on the harms of screening and treatment."

"The truth is even the children who might be considered a false-positive because they don't have autism usually have other development delays or concerns" and could thus benefit from early screenings, Robins said.