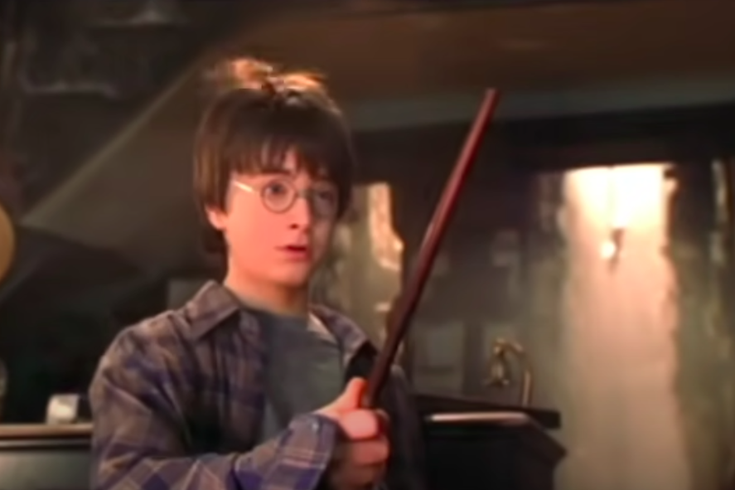 In July, the Philadelphia Film Society announced the start of its 20th Anniversary Series featuring popular movies from the past.

The August programming has been revealed and this month's lineup includes "Harry Potter and the Sorcerer's Stone," "Bridget Jones's Diary" and "Spy Kids."

The 20th Anniversary Series celebrates films that debuted on the big screen in 2001. The curated selection is screened at the PFS drive-in theater at the Navy Yard. Below is the schedule. Tickets are $12 for adults. The price is $8 for PFS members and $7 for children ages 12 and under.

The new Blockbusters in 4K Series also launched in July. It takes place at the Philadelphia Film Center in Center City. Tickets are $13, or $9 for PFS members. From Aug. 5-8, "Terminator 2: Judgement Day" will be screened as part of the series.

That's not all PFS has lined up for August, however. The next Throwback Thursday Quizzo and Movie is coming up on Aug. 12. "Steel Magnolias" will be screened at the Philadelphia Film Center, then there will be a few rounds of trivia.

If you can't make the date, there will be another chance to watch the movie on the big screen and test your knowledge. The PFS Bourse Theater in Old City will screen the movie and host Quizzo on Aug. 19. Both events are only for those ages 21 and older. The cost is $13, or $9 for members.

Also at the Old City theater this month will be After Hours at the Bourse screenings. "The Slumber Party Massacre" will be shown at 9 p.m. on Aug. 20 and Aug. 27. Tickets are $9, or $5 for members.

Finally, to close out the month, an Alfred Hitchcock film will be screened at the Center City theater as part of the Film Essentials series. Catch "The Birds" on the big screen on Aug. 25. Tickets are $9, or $5 for members.

The Philadelphia Film Center is located at 1412 Chestnut St. and the PFS Bourse Theater is at the corner of Fourth and Ranstead streets.