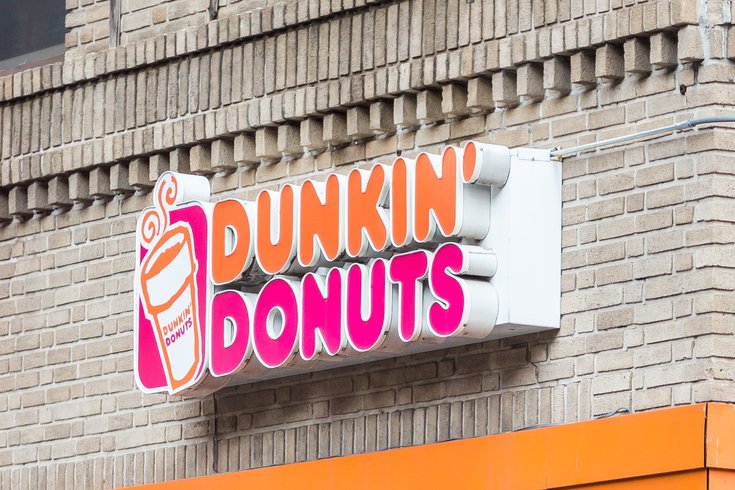 All Pennsylvania Dunkin' Donuts located inside of Speedway gas stations will close by the end of 2020. Stores will close as a result of Dunkin's severed partnership with the Hess Corporation, which owns Speedway.

Many Dunkin' Donuts stores located inside of Pennsylvania gas stations will close by the end of the year, the company announced Monday.

The coffee shop franchise now officially known as simply "Dunkin'" said all Pennsylvania stores attached to Speedway gas stations are will gradually close. Speedway is a gas station and convenience store chain headquartered in Ohio but with locations across the East Coast and Midwest.

Approximately 450 such Dunkin' locations across the country will close by the end of 2020, representatives told the Today show.

Affected Pennsylvania shops are located in Bristol, Allentown, Reading, and more cities across the state. The majority of them have remained open amid the coronavirus pandemic.

The announcement follows the recent termination of Dunkin's partnership with Hess, a gas station corporation.

Jaspon added that the closures will help the company focus on "Dunkin’s newest Next Generation restaurant design that offers a broader menu and modern experience."

Dunkin' dropped the "Donuts" from its name as one of these design changes that have occurred since early 2019.