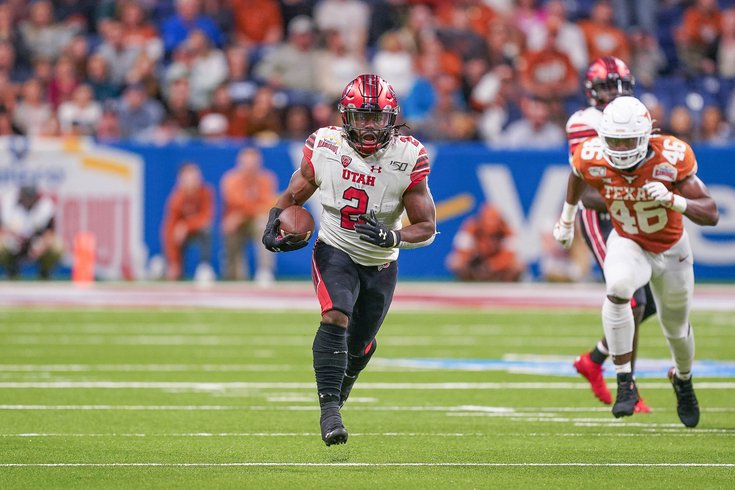 On Thursday, we started at quarterback. Today, we'll look at running back. First, the depth chart:

Yep, that's it. The Eagles currently only have three running backs on their roster. During 2019 training camp, they had eight, and they usually carry at least four, sometimes five, on their regular season roster. My conclusion? They're probably going to add more running backs.

We aren't far removed from the 2018 season, when the Eagles probably had the worst running backs in the NFL. In 2019, the additions of Jordan Howard and Miles Sanders fixed that, but Howard is gone, and the Birds are one Sanders injury away from being right where back they were in 2018.

While Elijah Holyfield will have a chance to show what he can do in training camp, the Eagles could really use a physical runner who can complement the dynamic Sanders and the shifty Boston Scott.

Because the Eagles have done nothing so far to address their woeful wide receiving corps, the rest of their team needs, like running back, have been under-discussed. They still have to add multiple backs. My guesses:

Some running backs who make sense for the Eagles

Gibson is a versatile playmaker for Memphis, working out of the slot, as a running back, and as a kick returner. He is stoutly built, and he has some juice.

Teams will have to figure out what they want to do with Gibson, who ran a 4.39 40 at the Combine at 228 pounds. In Philly, I think you put him in the easiest spot to succeed, which in my opinion is at running back, where the transition to the NFL doesn't take as long, and Gibson will be covered by linebackers instead of slot corners in the passing game.

Moss is 5'9 ball of knives who finishes his runs. A look:

For a power guy, Moss had a good yards per carry average over his last two season, though there could be concerns about Utah putting a lot of mileage on Moss' odometer the last three seasons. His career numbers:

Moss could be an out-of-the-box replacement for Howard, and perhaps even an upgrade.

At 6'0, 250, Dillon is the biggest running back in this draft, and in his three years at Boston College, he put up big numbers in the run game, mostly because of his high number of carries:

That heavy workload could hurt Dillon's draft stock, as could his low yards per carry. For the Eagles' purposes, Dillon makes sense as a "between the tackles" runner. A highlight reel:

While obviously an inside runner who would complement Sanders nicely, Dillon also reminds me a little of LeGarrette Blount, for obvious size reasons, but also because he is surprisingly nimble for a 250-pound man.

Kelley was impressive at the Senior Bowl, showing off some burst, running through contact and getting to the second level. He also looked confident as a receiver. At the Combine, that burst was confirmed, when he ran a 4.49 40. Over the last two years, Kelley has produced a pair of 1000-plus yard seasons in Chip Kelly's offense, but on a low yards per carry average (for a college prospect):

That low YPC average could make him available into Day 3, but in my view, he can play. A highlight reel:

In addition to being a tough inside runner, Kelley is a back who can do a lot of the same things as Miles Sanders, though maybe not with the same explosiveness, but can be something of an interchangeable piece.

Perine comes from a family of running backs, which includes NFL players such as Washington RB Samaje Perine, and Jaguars LB Myles Jack, who doubled as a running back in college.

Perine doesn't have great speed, but he runs with patience and vision, using mini jump cuts to pick his way through traffic, and finishing with power. A highlight reel:

He isn't particularly flashy or deficient in any areas, which would make him something of a boring pick (at least for a running back), but he would make sense as a dependable No. 2 who can be had on Day 3.