The Eagles are kinda screwed at safety. Again. 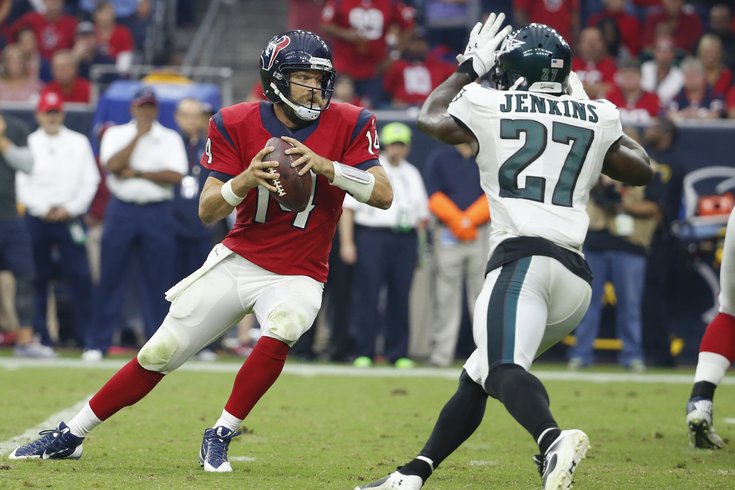 Malcolm Jenkins will be one of the Eagles' starting safeties. And then who?

Think the Eagles' safeties have been bad ever since they lost Brian Dawkins in free agency to the Broncos more than a half decade ago? You're right. They have. However, the Eagles are far from the only team that has had major issues on the back end in recent years. Teams like the Seahawks, who have a pair of quality safeties, are rare. The reality is that bad safety play in the NFL has become an epidemic.

From the Eagles' perspective, you can look at the league-wide issues at safety and convince yourself that not having two good ones isn't such a big deal, since there are so few teams that do. Unfortunately, however, the dearth of good safeties is actually a pretty terrible thing for the Eagles.

During free agency, a number of safeties were given absurd contracts. Old friend Nate Allen, for example, signed a ludicrous 4 year, $23 million contract with the Raiders. Or look at the Chiefs' Ron Parker, whose three career interceptions in four seasons (with four teams) were apparently worth $25 million over five years to the Chiefs. But that's the market for average to below average starting safeties these days. Supply vs. demand.

• Jaylen Watkins is a complete unknown at this point in his career, and may be moving to safety from corner out of sheer necessity.

• Chris Maragos is a great special teams player, but not passable as a 16 game starter.

• Ditto that for Chris Prosinski.

• And finally, both Ed Reynolds and Jerome Couplin were mainly practice squad players in 2014.

It's not a pretty bunch.

Meanwhile, the options at safety in free agency have dried up, and because so many other teams' safeties stink, they are likely to over-draft the few decent options at safety in the 2015 NFL draft, which is devoid of any first or second round quality safety prospects that fit the Eagles' scheme.

In summary, the Eagles are probably going to be bad on the back end in 2015. Again. Apologies for stating the obvious. And God forbid Jenkins get hurt.