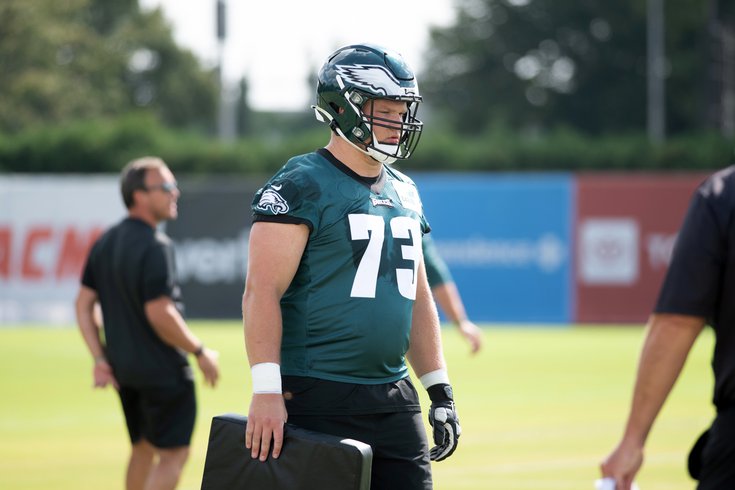 This was the only picture we had of these four guys. (It's Harry Crider.)

• WR Hakeem Butler: Formerly the first pick in the fourth round of the 2019 NFL Draft, Butler entered training camp as an intriguing prospect worth watching because of his impressive blend of size and athleticism. His physical traits did not translate to the practice fields, as Butler failed to stand out at all during training camp.

He will be most remembered for perhaps the strangest play call of Doug Pederson era, when Peterson called a fade for Butler against the Giants on fourth and goal.

The was — and still remains — the lone snap of Butler's career.

• WR Jhamon Ausbon: Ausbon was an undrafted rookie free agent out of Texas A&M. He was more active in practice in camp than Butler, but his lack of speed and explosiveness was evident.

• CB Lavert Hill: Hill made the occasional play in practices, however, like Aubson, he lacked any kind of athletic juice, and as a slot corner only, was always going to have trouble sticking on the roster.

• C Harry Crider: When the Eagles released C Luke Juriga a week ago with an injury settlement, that perhaps looked good momentarily for Crider, who was battling for a roster spot, which feels unlikely now after being a healthy release during the second round of cuts.

MORE: Recap: Eagles chat with Jimmy Kempski | John McMullen: One of Nick Sirianni’s core values is being ignored for now | NFL trade rumors: Are the Eagles still looking to add a wide receiver?