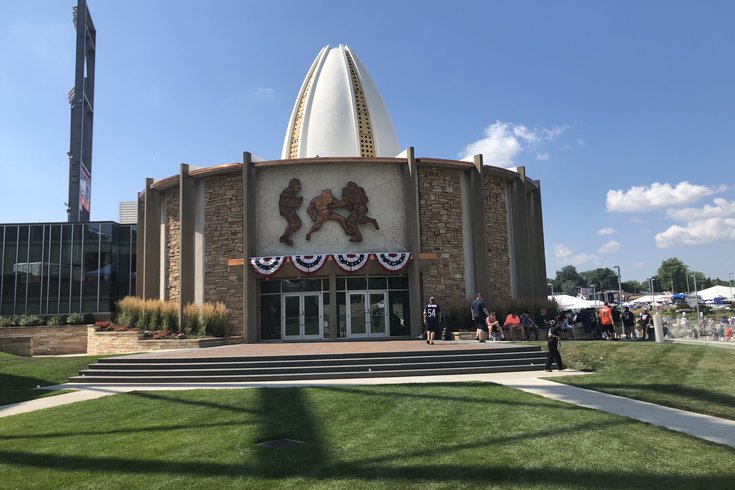 When I woke up this morning in Canton, Ohio, and headed down to the lobby of my hotel, I witnessed a familiar scene. That was a large gathering of Philadelphia Eagles fans, shoveling mediocre English muffins and waffles into their faces, which would serve as fuel for a long day of screaming, "E-A-G-L-E-S, EAGLES!!!"

It was the same scene I saw repeatedly throughout the Birds' 2017 season, when Eagles fans flocked to opposing stadiums for road games. This occasion, of course, is for Brian Dawkins' induction into the Hall of Fame.

Before the induction ceremony, I headed out to the Tom Benson Hall Of Fame Stadium, the Hall of Fame itself, and an area near the festivities where fans could get a beer and some food, in addition to other events.

Canton is a small city (population of a little over 71,000, according to Wikipedia), with sort of a Green Bay vibe. 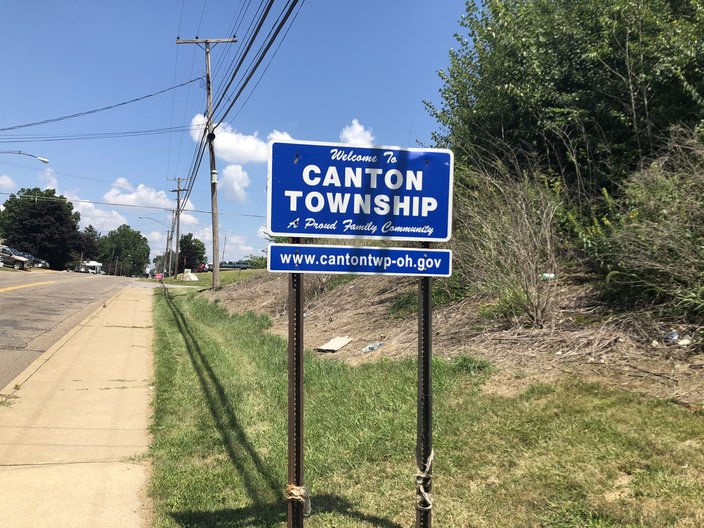 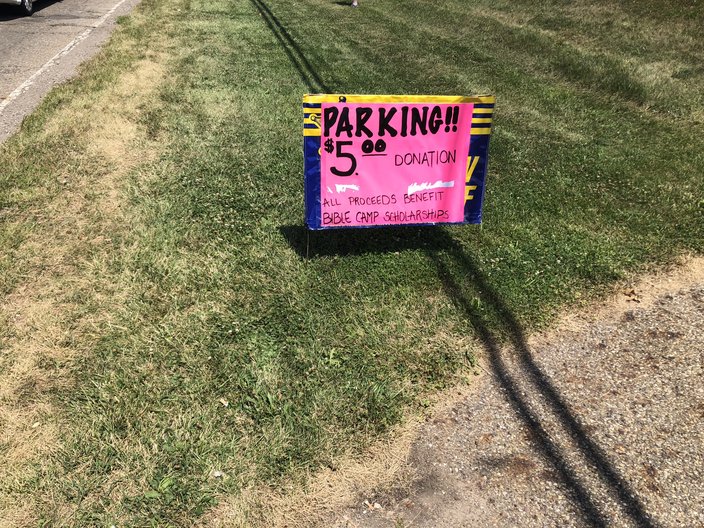 They even have power lines that look like goal posts. 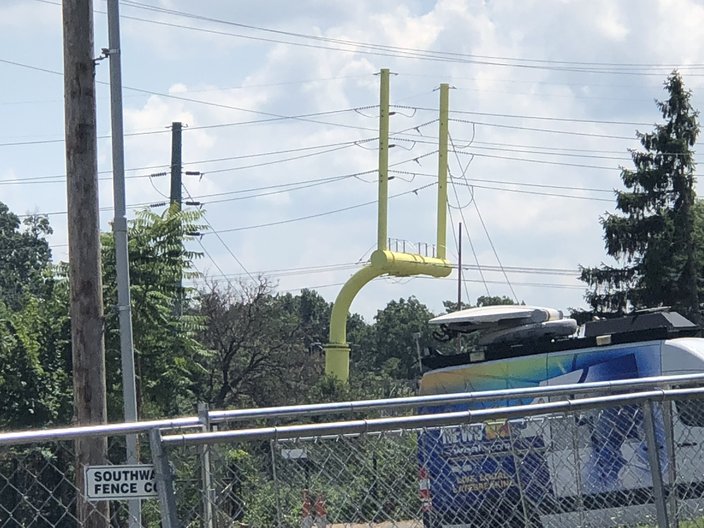 My first stop was the stadium itself, which is bigger than I thought it would be. Here's a view of the stage from high up. 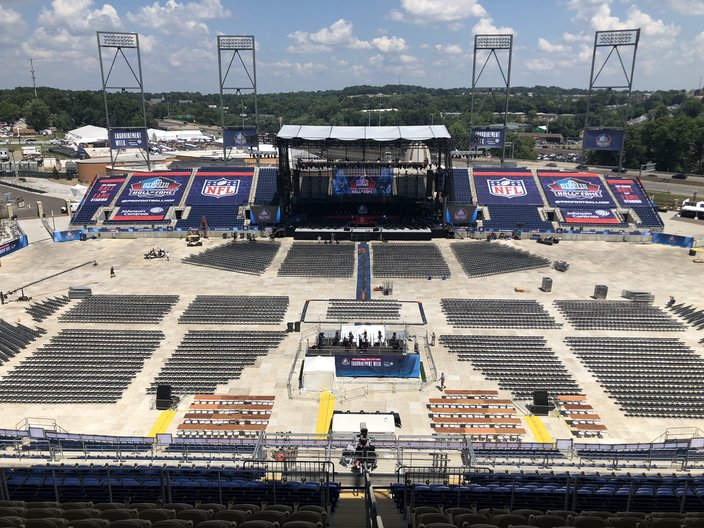 Here's a closer look at the stage, with a Dawkins backdrop. 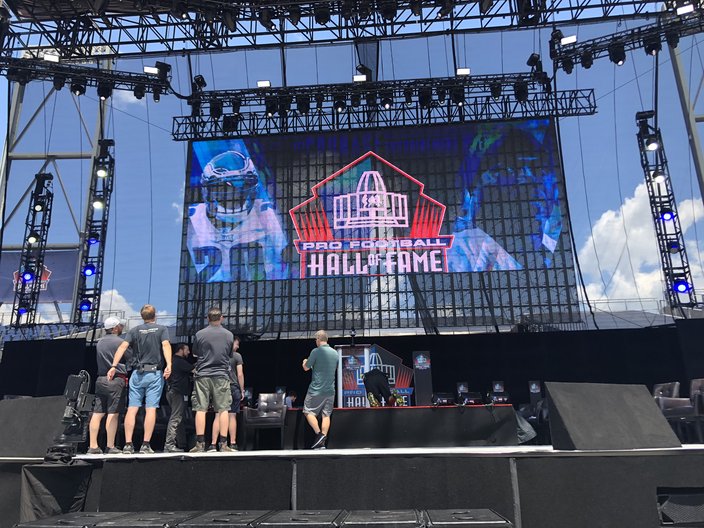 And here's a look at the stadium from the speech-giver's point of view (with some stuff to still be cleaned up, of course). 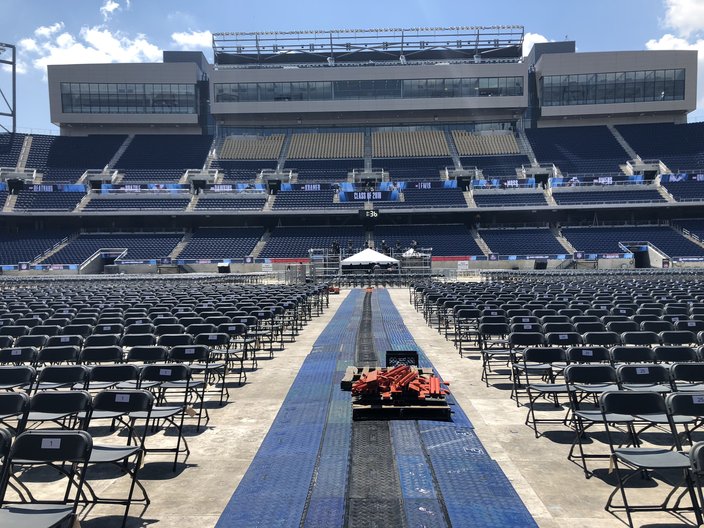 There wasn't much else to see there, so I headed over to the Hall of Fame itself. And hey, there it is. 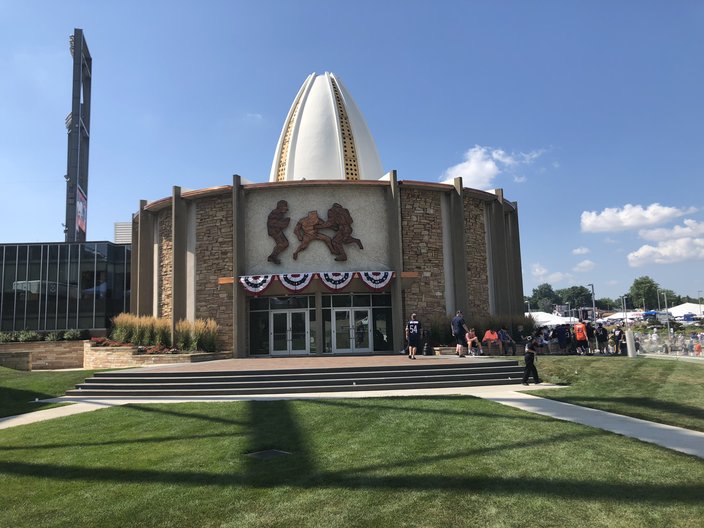 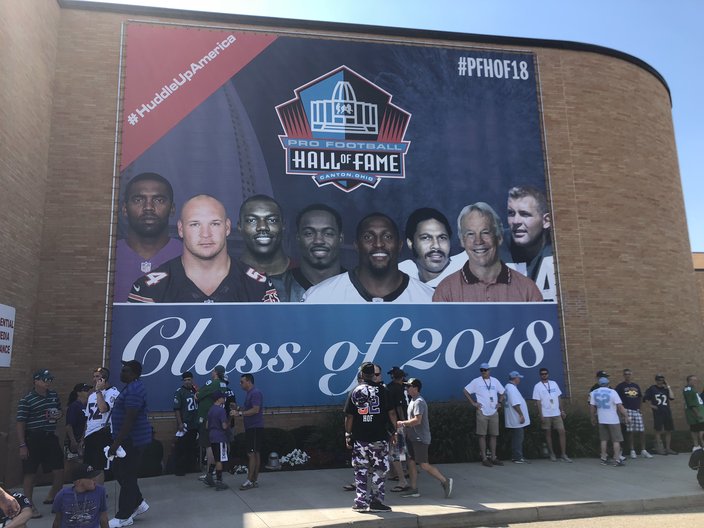 The first thing that was extremely obvious was the number of Eagles fans who made the trip out. At one point while inside, I ran into Ray Didinger, who opined that there were more Eagles fans at the Hall of Fame festivities than all fans of any other kind combined. I agreed.

Here's an example of that:

Nobody takes over a place like #Eagles fans. Nobody. #FlyEaglesFly pic.twitter.com/VCqpnSDhGP

And yes, as I noted on Twitter, there were Eagles chants-a-plenty. Here's one that took place inside the Hall of Fame.

And yes, there are Eagles chants. pic.twitter.com/YvmB2Q2puJ

Near the end of my tour, an Eagles chant prompted an annoyed gift shop employee to remark, "That's really getting old." Eagles fans have elevated their level of annoyingness (Is that a word?) to a new high after the team won the Super Bowl, and I say that in the most complimentary way possible.

Within the Hall, there were some cool Eagles things. The one that seemed to be getting the most attention was this display case of some Eagles Super Bowl mementos, including Nick Foles' game-worn jersey, Doug Pederson's visor, and the "Philly Special" ball that Foles caught for a touchdown. 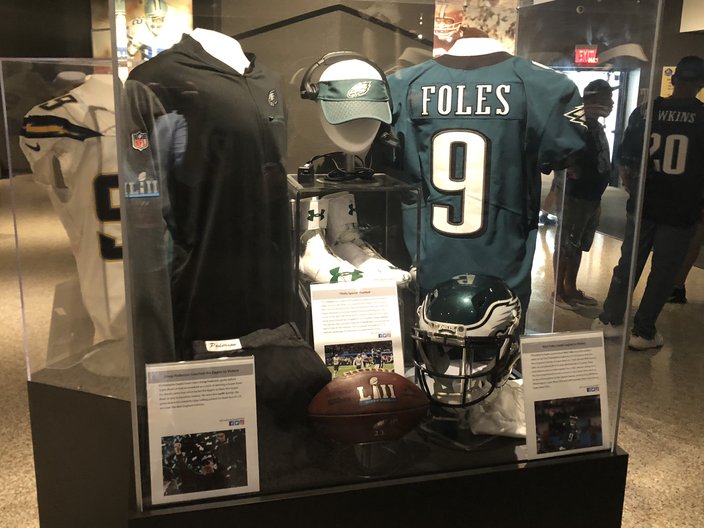 The Eagles' Lombardi Trophy was there, too. 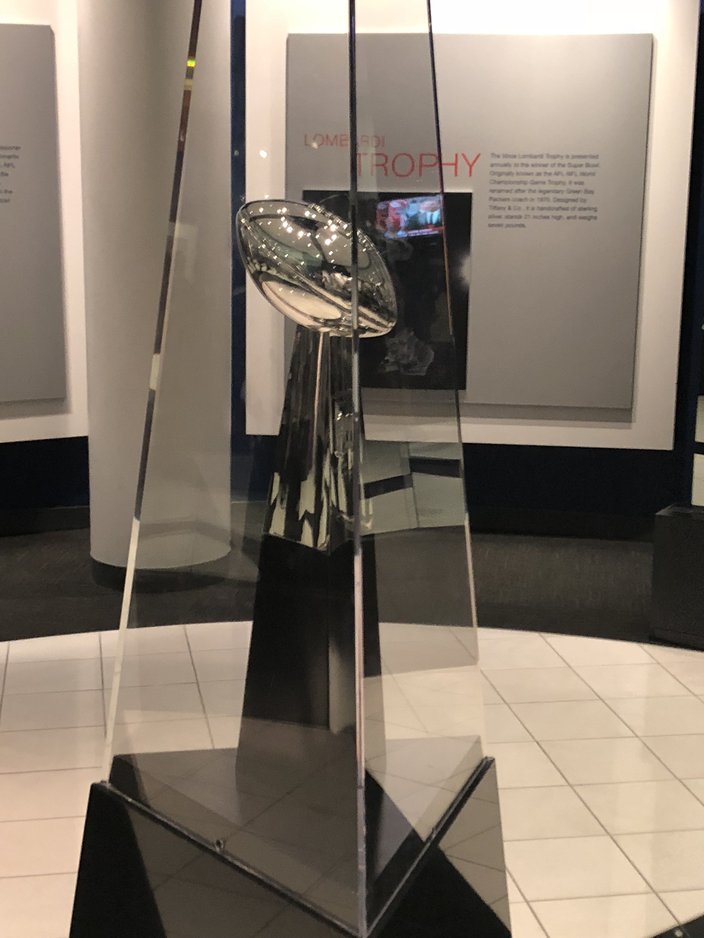 And, of course, they had some Dawkins stuff on display. Here's his locker. 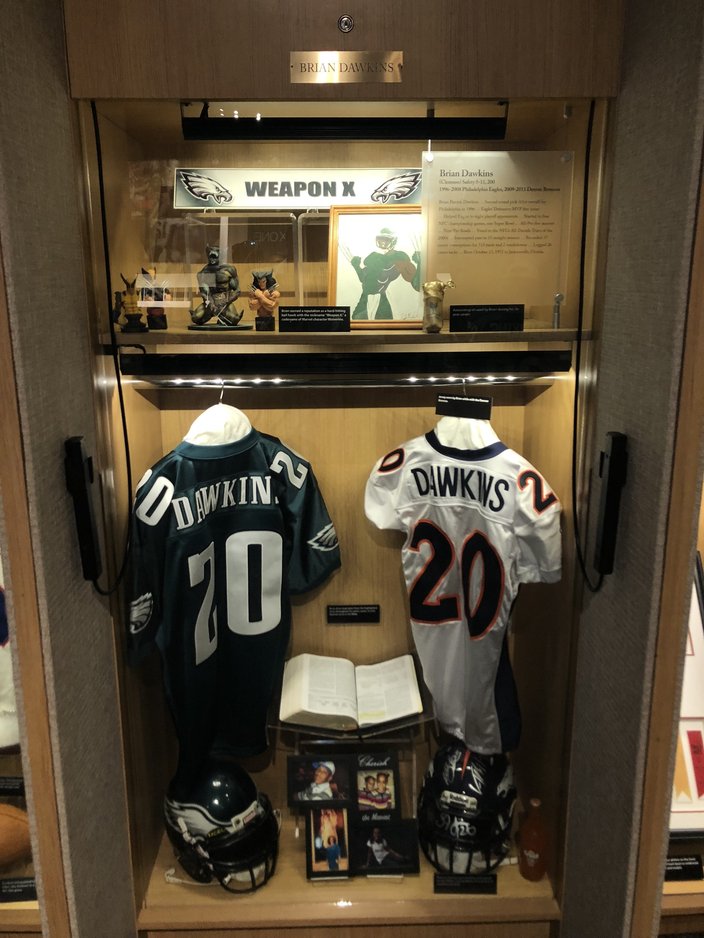 And some other Dawkins stuff. 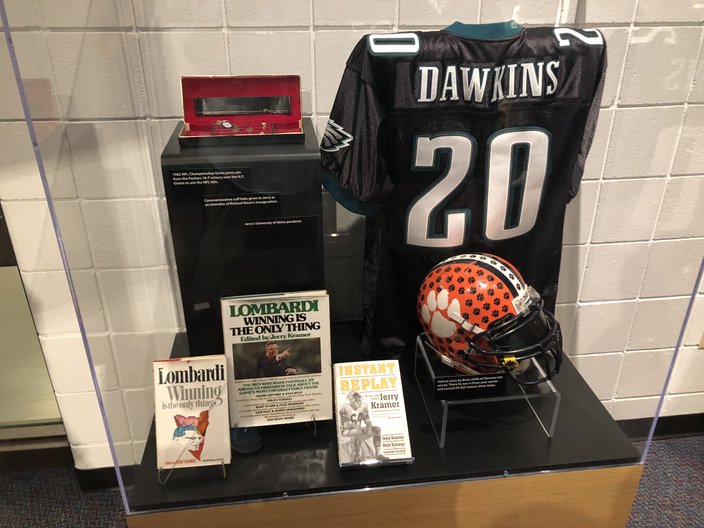 We should probably also mention that Terrell Owens made the Hall of Fame this year, but he decided to hold his own party elsewhere. The Hall of Fame folks dressed up T.O.'s locker with non-Eagles jerseys. 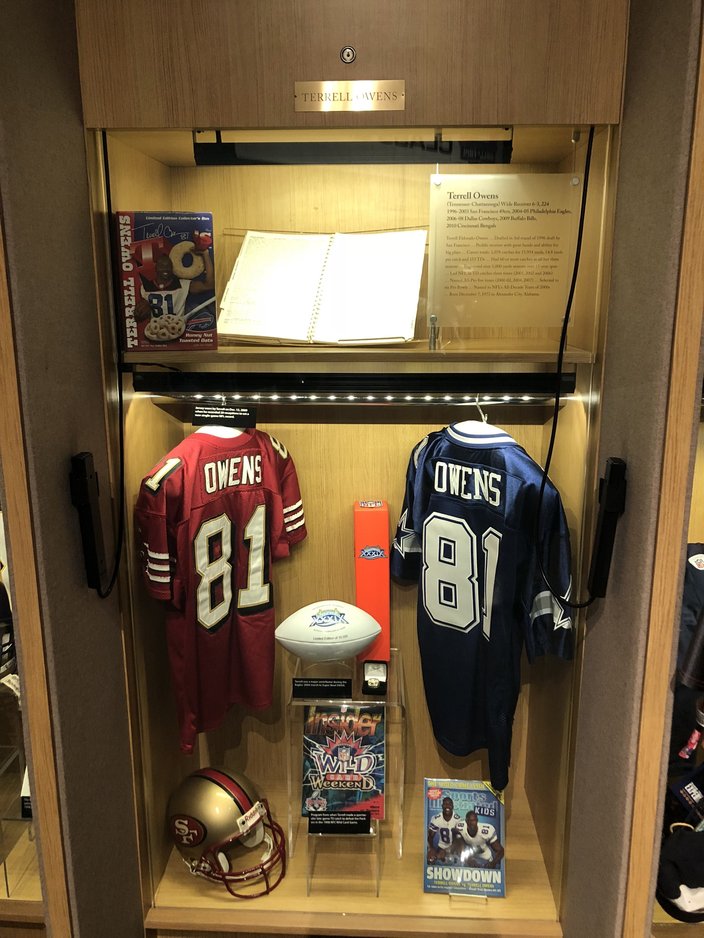 Speaking of other teams, there were some fans of other teams here as well. Here was a poor, delusional Vikings fan designing a Super Bowl ring. 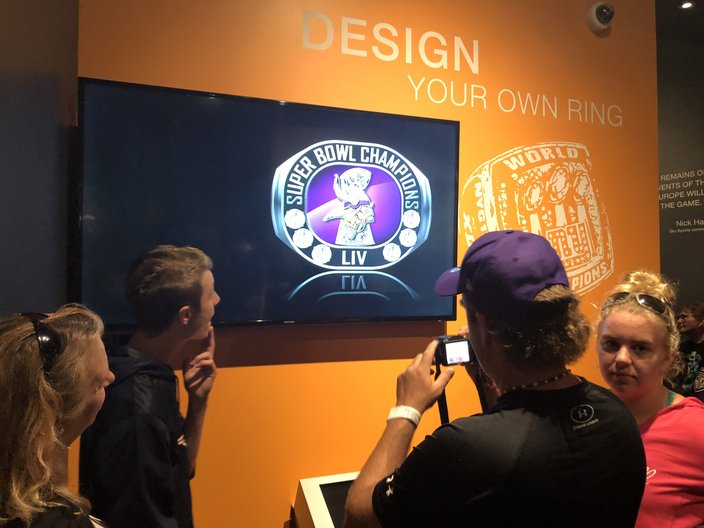 I didn't see many Cowboys fans. I can only remember these two. They had the same number of people here as they've had playoff wins in the last 20 years. 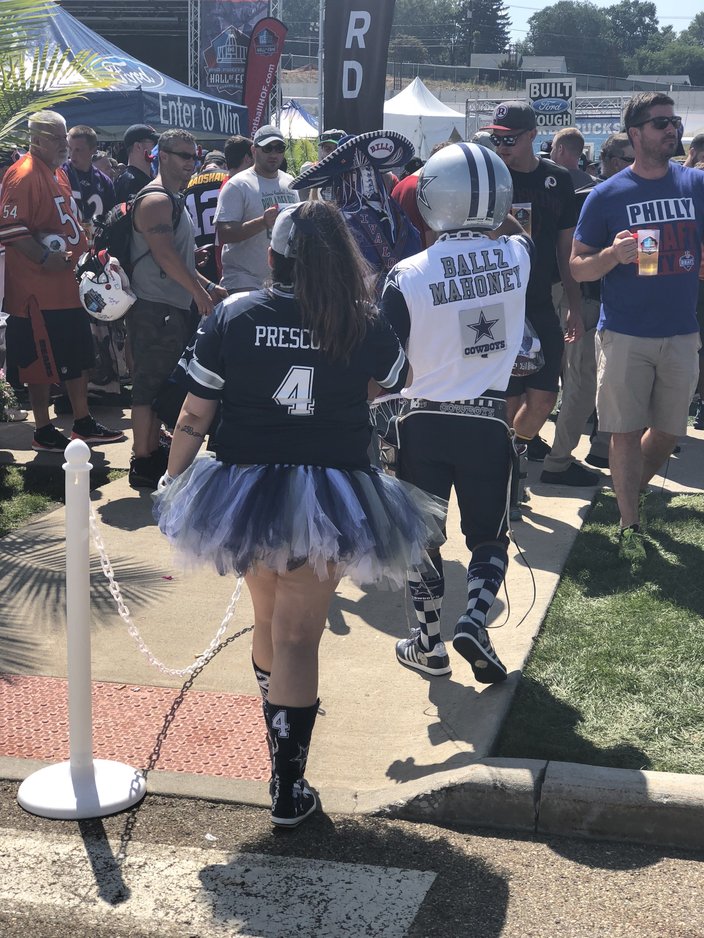 All in all, my trip to the Hall of Fame was a fun experience. Whenever Jason Peters gets inducted, I recommend making the trip out.