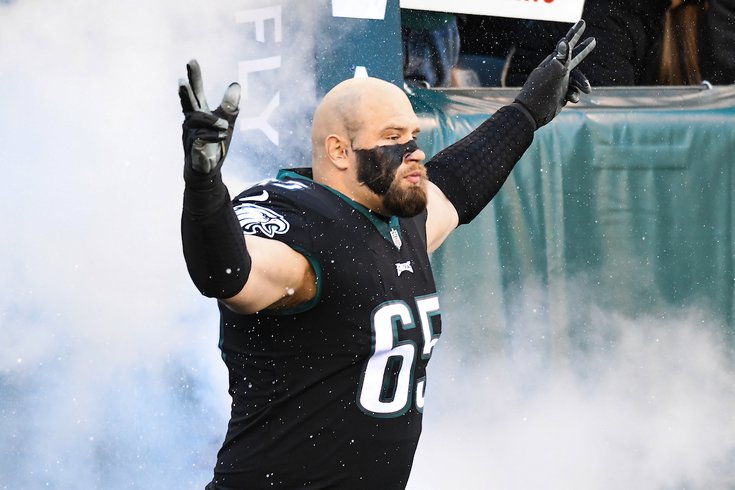 PHILADELPHIA - DECEMBER 26: Lane Johnson #65 of the Philadelphia Eagles takes the field before the game against the New York Giants at Lincoln Financial Field on December 26, 2021 in Philadelphia, Pennsylvania.

Training camp's begun, excitement for the 2022 season is at a fever pitch, and preseason debate and rankings are funneling in across the NFL.

Published Thursday morning, PFN's goal was to evaluate and rank a given player's dominance at their position in a vacuum, making it possible for offensive tackles and defensive players to hold up better in a process that traditionally favors skill positions (QB, WR, RB).

"If not for mounting injuries over the past few seasons, Lane Johnson would still probably be considered one of the 10 or so most dominant players in the NFL. Unfortunately, the athletic marvel only played just over 400 snaps in 2020 and has missed time in each season dating back to 2015.

"Johnson’s athleticism has made so many discount the power he generates as a run blocker, which has become increasingly important as the Eagles’ offense became a run-dominant team with Jalen Hurts at QB.

"Johnson’s athleticism already overwhelms most pass rushers, but it’s the versatility in his hands and the consistency in which he lands unique strikes that makes him such a dominant pass protector. Nothing a tackle does is prettier than Johnson’s fake strike to make a rusher show his cards, just to have Johnson counter with the strike necessary to counter the rusher’s primary plan." [PFN]

The Eagles got by in the back half of last season with a relentless rushing attack, made possible through one of the best offensive lines in the league. Johnson is a major piece to that group, along with veteran center Jason Kelce, who was ranked 97th by PFN.

Receiver A.J. Brown was ranked 53rd thanks heavily to his strength in gaining yards after the catch, and cornerback Darius Slay came in at No. 95 fresh off a Pro Bowl season.

The Eagles' rankings straight down the order:

The first practice of Eagles training camp was held Wednesday, and though it was kept pretty brief, there were a few observations to make from it that our own Jimmy Kempski wrote out HERE.