Lane Johnson ranked as best right tackle in the NFL 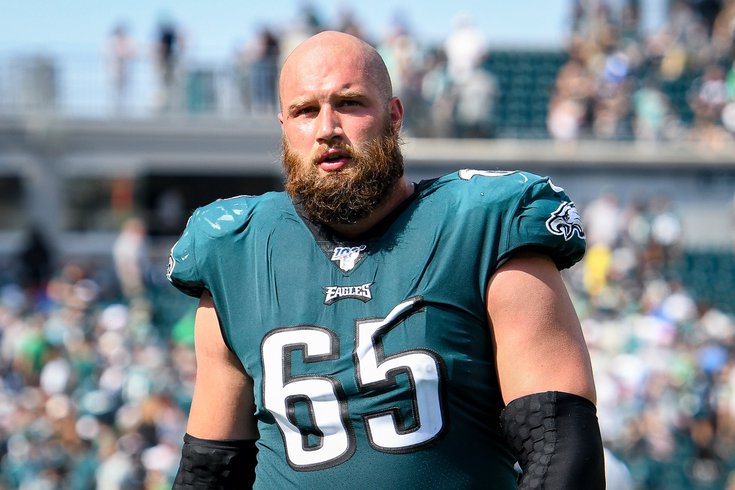 The Eagles' offensive line is great. That may be an understatement! It was the strength of the Birds' playoff squad in 2021, punishing opposing defenses as the Eagles gashed teams on the ground. The national media is taking note of that.

Brandon Thorn, an offensive line expert who runs the Trench Warfare newsletter and writes for Establish the Run, has a new feature where he ranked the best players at every offensive line position. It's an in-depth, quality read that's worth the subscription. When it came to right tackles, Lane Johnson topped them all, coming out at No. 1 in Thorn's rankings.

Johnson was one of three "tier 1" (meaning "elite") right tackles. Here's what Thorn wrote about him:

Despite missing four games last season Johnson still earned second-team All-Pro recognition thanks in large part to some phenomenal performances against top competition (Maxx Crosby, Joey Bosa) and dominating other quality rushers. Johnson has always been a true shut down pass-protector on an island, but the most impressive part of his year was how impactful he was as a run-blocker. [TW]

As for other Eagles offensive linemen, Jason Kelce came in at No. 2 in Thorn's center rankings, one of two "tier 1" centers along with the Buccaneers' Ryan Jensen. Here's what Thorn wrote about the beloved Eagle:

While Kelce needs help from his guards in pass-protection against certain matchups that Jensen doesn’t, his run-blocking prowess remains sensational. Kelce has cat-like quickness with a bulldog mentality, routinely leading to highlight reel blocks that capture even the least O-line interested fan’s attention. Kelce hasn’t missed a game over his last seven seasons and has been a First-Team All-Pro four times over that span. Despite being the oldest player on this list of centers, he is still operating at a near peak level and is likely going to the Hall of Fame after his career is over. [TW]

Kelce will be in Canton one day.

When it comes to left tackle, I certainly disagree with his evaluation of Jordan Mailata, who he didn't list among the 15-best left tackles in the sport. He did make mention, however, of Mailata and a few other younger LTs:

Left tackle is the deepest I can remember it in the tier four range. This tier is loaded with viable options and the 15th spot was extremely difficult to parse out. I ultimately went with Robinson but players like Garett Bolles, Jordan Mailata, Taylor Lewan, Andrew Thomas and Jedrick Wills are all tier four starters, many of them with tier three and even tier two potential if they continue to develop (Wills, Thomas, Mailata). [TW]

Landon Dickerson came in ninth in Thorn's left guard rankings, as part of "tier 3" (meaning "good or above average"). Thorn wrote the following about the second-year player out of Alabama:

Dickerson started his rookie campaign at right guard before eventually settling in at left guard, gradually improving as the year went on. Dickerson was fresh off of his third ACL tear heading into his rookie season, so people expected he would start a little slow. There were some questions about how much of his vaunted power would still be there from his time at Alabama when he won the Rimington Trophy. Dickerson quieted many of those concerns and was a bulldozer in the run game for the NFL’s top rushing attack. With incremental improvements to his strike timing, footwork and patience in pass-protection, Dickerson has the ability to move even higher up this list by this time next off-season. [TW]

The left-side pairing of Mailata and Dickerson is going to be very good in Philly for a long time.

Having perhaps the best right tackle and center in football, plus a young, ascending left side of the line is going to give the Eagles' offense every opportunity to succeed in 2022.