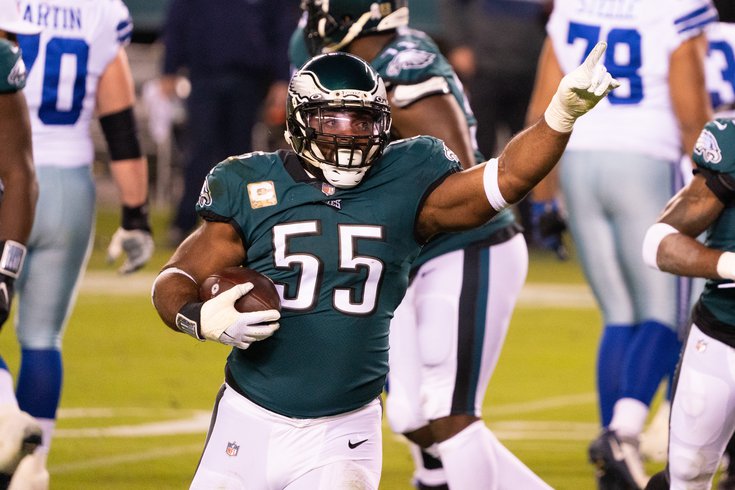 Graham made a noteworthy comment, definitively stating that this upcoming season will not be his last season in the NFL. Graham, who turned 34 in April, plans on continuing to play in Philadelphia too.

Here's what Cataladi and Graham said. You can find it right after the 9:30 a.m. mark on replay on the WIP website...

Cataldi: Is this your last season?

Cataldi: Wow! He didn't even hesitate! You got gas in the can!

Graham: I plan on being here. I'mma work it out though. But this year I'm going to take care of what's in front of me and I'm going to go hard this year and I'm going to have fun with the team. You don't have too many opportunities like this when you got great players. It's just all about how we work together and so far so good and OTAs was a great start.

For reference, Graham's contract has four seasons remaining on his current deal that automatically voids following the 2022 campaign, per Spotrac. Graham playing in Philadelphia beyond this upcoming season would certainly include a new/reworked deal.

Eagles fans will assuredly love to hear that. Graham is coming off an Achilles tear that ended his season in Week 2 last year and he's getting older, but he was a Pro Bowl player in his age-32 season in 2020. If anyone can grind and come back and excel, it's Graham and that relentless work ethic that turned him from a "bust" to an athlete who will be remembered forever in Philly.

Much like Jason Kelce, Graham is such a beloved figure in the city and is the type of player who should play his entire career in midnight green.