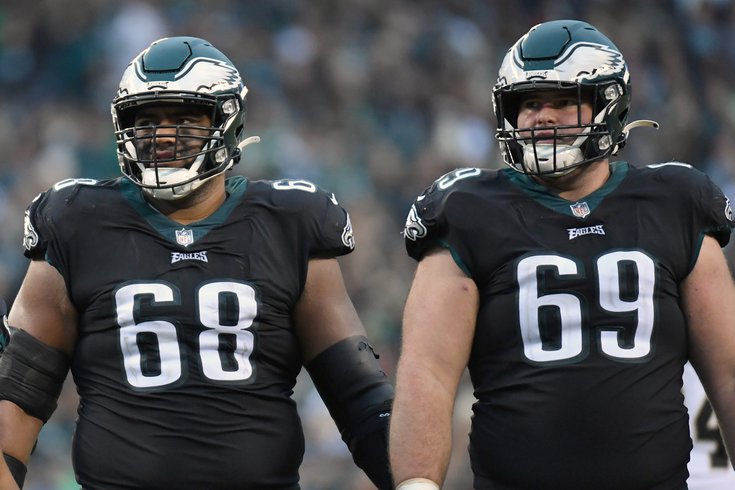 The first day of training camp practice on Wednesday has the juices flowing for Eagles football. The NovaCare Complex was filled with both media covering the team and fans in a frenzy watching Jalen Hurts, A.J. Brown and company. ON ESPN's "Get Up" program on Wednesday morning, former Pro Bowl safety and analyst Ryan Clark talked about this season's NFC East race. The team he's picking to win the division? The Birds.

They're the best team in the NFC East and I don't really think it's that close. You know why we even have it close? It's because we have to see Jalen Hurts develop as a passer. They've added things on the back end defensively. They also added A.J. Brown on the day of the draft with the trade. Jalen Hurts has been working on improving. We know what that run game is like. An excellent offensive line. And now you go get Jordan Davis and develop him as a one, two, three-down player right next to Fletcher Cox.

This team can absolutely be very good. This team can contend for an NFC championship. Does it rest on the right arm of their quarterback? Absolutely. But I believe in Jalen Hurts enough and you heard what he said. He doesn't have to be Patrick Mahomes. I believe in him enough that this team beats the Dallas Cowboys for the NFC East championship.

You might be surprised to hear this, but I agree with Clark! Dallas got worse this offseason and the Eagles got better without taking into consideration the development of their young talent. I went through some national power rankings that all had Dallas ahead of the Birds and I expect things to look a bit different than that when the final NFC East standings come in after Week 18.