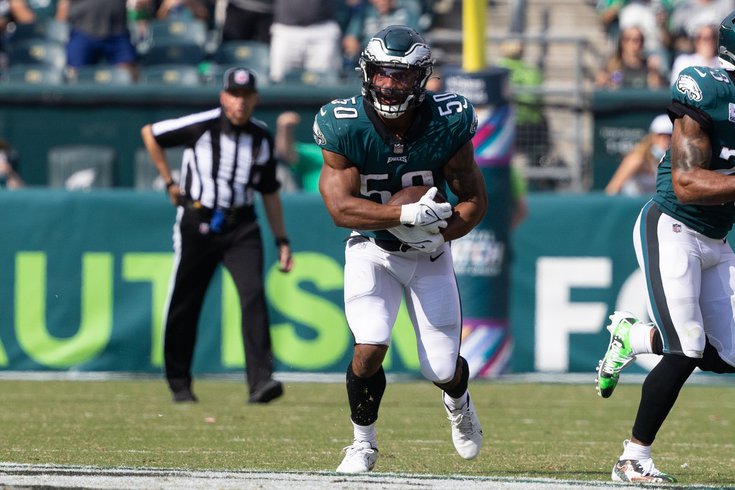 The Philadelphia Eagles need a win in Detroit against the Lions to avoid a freefall into NFL irrelevancy the rest of the 2021 season, if they're not already there. They'll do so without Miles Sanders, Brandon Graham, and others. The Lions are even more banged up, as they are banged up at cornerback, running back, along their offensive line, and in their pass rush.

Here is the Eagles' and Lions' inactives, with analysis.

• LB Eric Wilson: Wilson did not appear on the injury report this week, so unless there's something we don't know, he is a healthy scratch. His descent from LB1 to inactive took seven weeks.

• CB Zech McPhearson: McPhearson has pretty much just been a special teamer this season.

• QB Reid Sinnett: Joe Flacco is out, Gardner Minshew is the new No. 2, and Sinnett is now the weekly inactive.

MORE: Mailbag: Would a loss to the 0-7 Lions be rock bottom for the Eagles? | Eagles made some roster moves | Five over/unders for Eagles' Week 8 matchup vs. Lions

• RB Miles Sanders (IR): Sanders was carted off last Sunday against the Raiders in the first game this season that Nick Sirianni appeared to prioritize the run game. Sanders' injury isn't season-ending. He'll likely be out for just a few weeks. Kenny Gainwell will start in Sanders' place, with Boston Scott backing him up, and Jordan Howard a temporary practice squad callup.

The notable inactive for the Lions in RB Jamaal Williams.

• C Frank Ragnow (IR): Ragnow was a second-team All-Pro center in 2020. He has been replaced in the lineup by Evan Brown.

• CB Jeff Okudah (IR): Okudah was the third overall pick in the 2020 NFL Draft. He ruptured his Achilles Week 1.

• WR Tyrell Williams (IR): Downfield threat for the Chargers and Raiders, who signed with Detroit in 2021. On IR with a concussion.