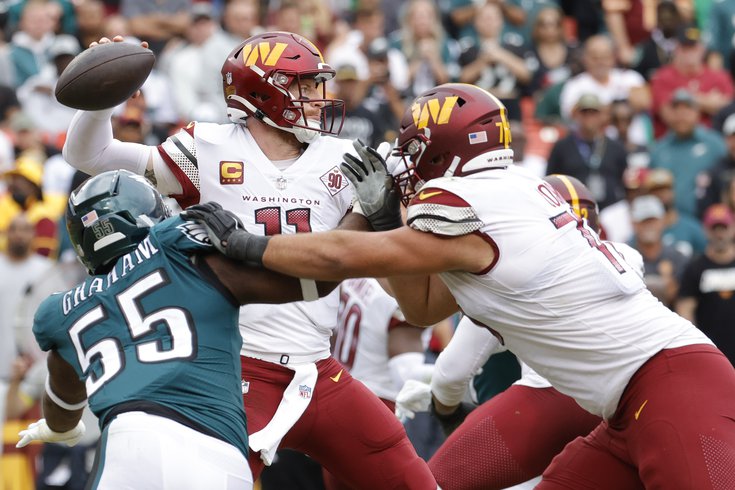 Brandon Graham, on the heels of a 2.5-sack performance against the Commanders, has been named NFC Defensive Player of the Week for Week 3 of the NFL season. This marks back-to-back weeks an Eagle has won the award following Darius Slay's dominant outing against the Vikings in Week 2.

The Eagles' pass rush was all over Carson Wentz on Sunday, sacking him a total of nine times. Graham led the way with his 2.5 sacks, giving him three total on this young season. That's the third time he's recorded at least three sacks over the course of the first three weeks of a season, having done so in 2016 and 2020 as well.

His biggest play of the afternoon was this strip sack on Wentz that set up the Eagles' first touchdown of the game:

Will another Eagles defender make it three-in-a-row with a huge day against the Jaguars? Nothing would surprise me with the way defensive Jonathan Gannon's unit is humming right now.