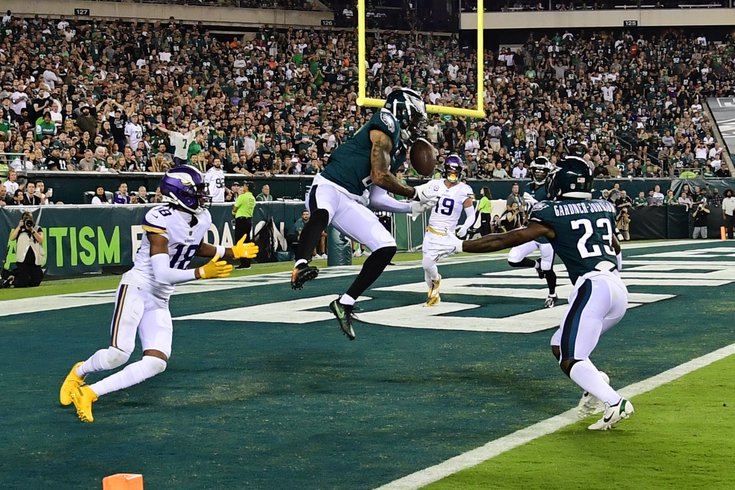 Justin Jefferson, shield your eyes. Darius Slay has been named NFC Defensive Player of the Week after his big play performance against the Vikings on Monday Night Football.

Slay had five pass breakups and two interceptions on the night in the Eagles' 24-7 win over Minnesota. It was assumed that Jefferson, the guy who had 184 yards and two touchdowns in Week 1, would carve up the Eagles' defense, especially after the Birds themselves surrendered 35 points to the Lions the week prior. Nope. Credit both to defensive coordinator Jonathan Gannon for scheming this one up and for Slay living up to his nickname.

If you showed me this graphic Monday morning, I wouldn't have believed you:

Slay's 2020 season in Philly was disappointing during a 4-11-1 campaign, but he's been better than advertised these last two years with his play resembling his 2017 All-Pro form.