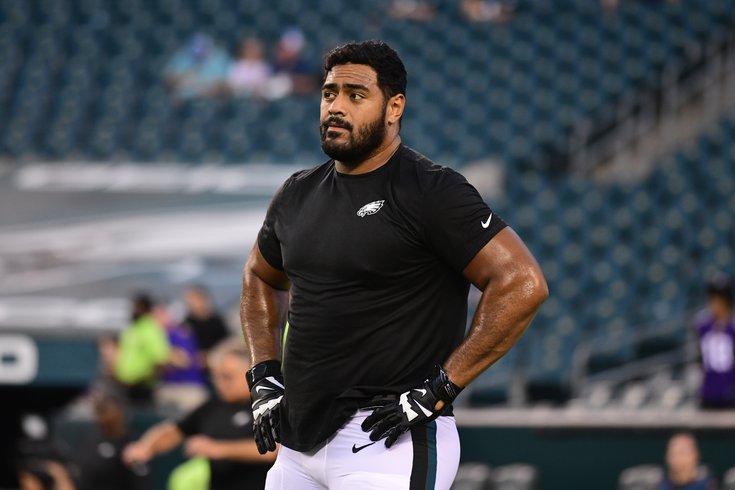 The Eagles' situation at left tackle is a bit murky. Entrenched starter Jordan Mailata went down with a shoulder injury during Sunday's home win over the Jaguars. He was listed as questionable to return and was on the sidelines following a trip back to the locker room, but did not play again the remainder of the game. He had an MRI on Monday.

Mailata's would-be backup is Andre Dillard, likely a starting-caliber LT in the NFL, but Dillard is dealing with injuries issues of his own. He fractured his forearm in early September, necessitating surgery. Dillard spent the first four weeks of the season on Injured Reserve, but the Eagles activated a 21-day practice window for Dillard on Wednesday. He can be added to the active roster at any point, though a corresponding roster move would be required.

Perhaps Mailata plays through his injury in Sunday's Week 5 matchup against the Cardinals against Arizona. If neither Mailata can go nor Dillard gets moved to the active roster, the Eagles would be using swing tackle Jack Driscoll at LT.

Can Mailata can play through this type of injury? What's the risk?

"You do worry about offensive linemen who could have a labral tear or maybe an AC joint sprain compared to a rotator cuff injury," says Dr. Christopher Selgrath, an orthopedic surgeon at Nazareth Hospital. "When he has to put his hands out there and block, there's a tremendous amount of axial force pushing back on that shoulder, which is inherently an unstable joint to begin with... You worry about turning a small injury into a big injury."

In terms of how long it'll take for Dillard to go from practice ready to game ready, Selgrath said, "Game ready and actually healed and pain free are different things."

Going on about Dillard's forearm injury, Selgrath said, "You have to get the muscle atrophy resolved so that they can be competitive and so they don't suffer another injury because the muscles aren't strong enough to protect the arm."

Other key Eagles are banged up right now as well, including Darius Slay, Avonte Maddox and Jake Elliott. Head coach Nick Sirianni looks to be optimistic about the team's injury woes overall though:

Nick Sirianni says they’re still “hopeful” their injured guys will be able to play this weekend.

The Eagles showcased they could overcome some injuries in Sunday's win with all of Slay, Maddox and Mailata missing time. If they need to do so again, they'll have to beat out a 2-2 Cardinals squad in Week 5.

The views and opinions expressed in this article are those of the author and guest authors and do not reflect any official policy or position of any NFL team or a team's athletic physicians.