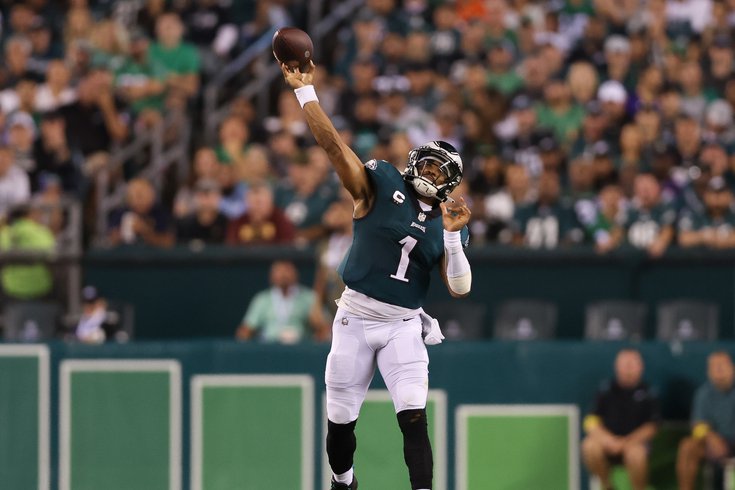 After last week's Eagles home win over the Vikings, I noted that quarterback Jalen Hurts had jumped to third in NFL MVP odds at +800 on DraftKings Sportsbook behind just Josh Allen and Patrick Mahomes. Hurts turned in the best game of his young career in the game against Minnesota and he didn't stop airing out on Sunday in a road win down in Maryland against the Commanders. The odds have jumped once again because of Hurts' play.

Hurts is now second at +700 behind Allen. This is where the odds currently sit as of Monday morning on DraftKings Sportsbook:

Here's were the odds last Tuesday:

Right before the season kicked, I had seen MVP odds for Hurts range from +1800 to +2200.
Three games into the season, the Eagles are first in yards gained and fifth in points scored. Hurts leads the whole NFL in yards per attempt (9.3) and yards per completion (13.9) while throwing for 916 yards, four touchdowns and one interception while completing 67.3 percent of his passes. He's rushed for three touchdowns as well.