Peyton's son is rocking a Jalen Hurts jersey at the Eagles-Giants playoff game. 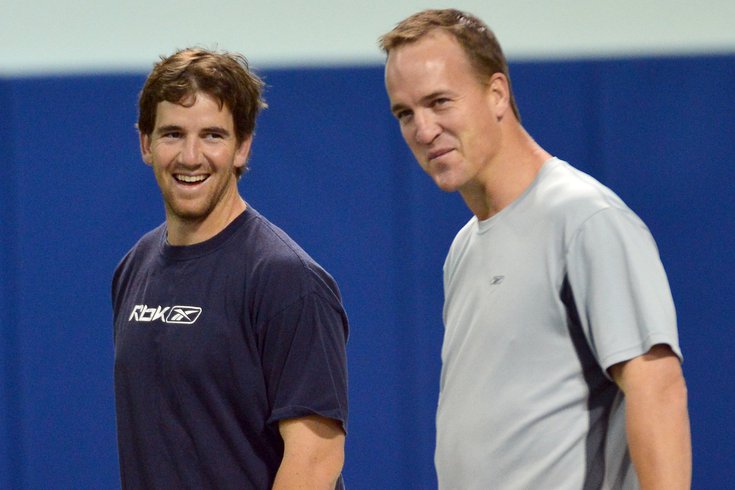 Former Giants quarterback Eli Manning may have two Super Bowls to his name, but he has two playoffs losses to the Eagles, too. With the Birds taking on the Giants in the NFC Divisional Round, members of the Manning clan came to Philly for the game.

Eli tweeted about his history of getting the "double bird" from Eagles fans over the years this week:

This is the nicest thing you have ever said to me. pic.twitter.com/5rlsZRPPL6

Older brother Peyton is in the house at Lincoln Financial Field as well, bringing his son along with him. Sorry, Uncle Eli, but a member of the next generation of Mannings is wearing a Jalen Hurts jersey for the playoff matchup:

Peyton Manning took his son on a road trip to see Eagles Giants. His son is wearing a Jalen Hurts jersey not a Giants jersey for Uncle Eli 🔥🔥 pic.twitter.com/6KVJWCR2sD