Eagles add a defensive back, announce signings of seven UDFAs 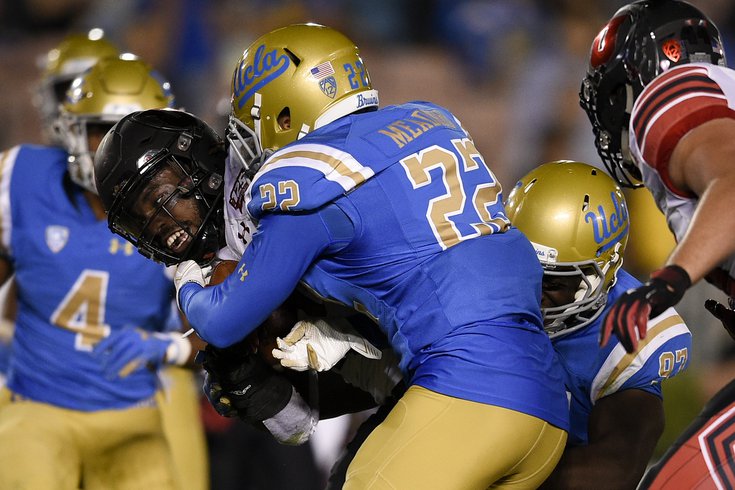 We're using a college photo of Nate Meadors because there's only one of him as an NFL player and he's getting absolutely Moss'd be Geronimo Allison.

Ahead of the start of their 2021 offseason program, which begins on Friday with rookie minicamp, the Eagles formally announced several roster moves, including the addition of a free agent defensive back.

The Birds added former Vikings and Jaguars cornerback Nate Meadors, who originally signed with the Vikings as an undrafted free agent rookie back in 2019. In a little over a season with Minnesota, Meadors bounced back and fourth between the practice squad and active roster, appearing in two games (and recording two total tackles) as a rookie and then just one in his second season, before being released by the Vikings in September of 2020.

Meadows was signed by the Jaguars a couple weeks later, but didn't appear in any games for them. Following the 2020 season, they signed him to a futures contract, but ultimately waived and then cut Meadors earlier this month.

The Eagles are thin at cornerback, with Slay being the only guaranteed starter on the outside and Avonte Maddox penciled in at the slot, but they just drafted Zech McPhearson and have been linked to free agent Steven Nelson. It would appear Meadors has an uphill climb to make the roster, but with this group it's not totally out of the question. He'll just have to prove to the Birds during this offseason that he can provide them depth at the position (and contributing on special teams is always a bonus).

Beyond the Meadors signing, the Eagles also announced their crop of seven undrafted free agents, all of whom had been previously reported to be signing with the Birds.

The biggest name of the bunch is former Georgia and Wake Forest quarterback Jamie Newman, who as of right now has the inside track for the Eagles third QB spot, mainly because they only have two others on their roster right now (Jalen Hurts and Joe Flacco). Beyond that, the Eagles could hope that guys like Florida WR Trevon Grimes and Nebraska tight end Jack Stoll could contribute on offense, but as is the case with all of these guys, there's a reason they weren't taken in the draft.

Of course, every year it seems a team finds a gem among their UDFAs — and the Eagles don't have to look back too far to find an example of this. Corey Clement, a Super Bowl hero for the Eagles, was an UDFA back in 2017. He may not have had the longevity or the type of career many had hoped after a promising rookie season, but it's just a reminder that it's far too early to write any of these guys off. Let's at least see what they can do at practice first.

You can read more about each of the Eagles UDFA signings here.