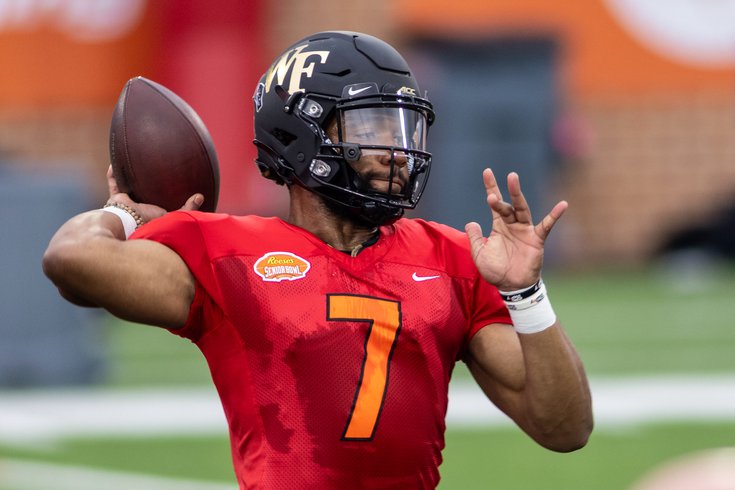 The Philadelphia Eagles will be signing former Wake Forest and Georgia quarterback Jamie Newman as an undrafted free agent, according to Tom Pelissero of NFL Network.

Former Wake Forest and Georgia QB Jamie Newman is signing with the #Eagles, per source.

At 6'3, 235, Newman is a bigger quarterback who possesses a lot of the same skills (mobility, power, a good enough arm, and poise under pressure) as Jalen Hurts. He has also struggled with accuracy, like Hurts.

In that sense, the signing is logical if Hurts proves that he's a starting caliber quarterback during the 2021 season and Newman can develop into a capable backup. The Eagles wouldn't have to completely change their offense should Newman have to enter a game for Hurts in 2022 and beyond.

While Newman has a lot of tools, he is also far from a finished product, and he had a weird college career that talent evaluators had to sort prior to the draft. He lost a quarterback competition early in his Wake Forest career to John Wolford, and then transferred to Georgia, only to opt out just before the start of the 2020 season, which certainly didn't help his chances of getting drafted.

But solely based on talent, Newman was clearly a draftable prospect, and an intriguing potential signing by the Eagles.