Tom May of The Menzingers discusses collaboration with the Eagles 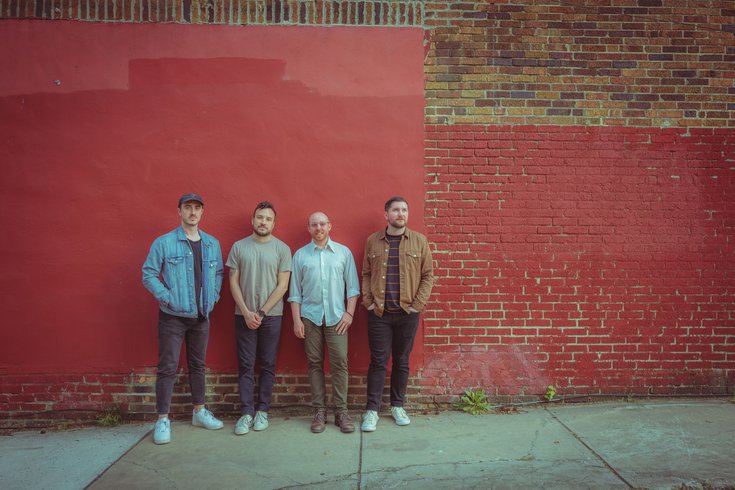 Philly has such a thriving underground rock scene that's been building over the last 15-or-so years. Punk band The Menzingers, with album releases like "After the Party" and "Hello Exile," have steadily been producing some of the best music in the city. In a place where community is so strong and a total connective DNA runs through the area, it's only natural that the group has a love for the most universal topic in Philadelphia: the Eagles.

The Eagles have been doing a "Gameday Poster Playlist" for their home games this season, releasing a song from a local artist for music and football fans alike to listen to on the official Eagles app leading up to every game at Lincoln Financial Field. The Menzingers will be getting in on the action this year too, dropping a previously unreleased song entitled "Bad Actors." In speaking with vocalist and guitarist Tom May, that track has an even deeper meaning for the group, as Eagles fandom and music both typically do.

"We scratched our heads a little bit and found and realized we have an unreleased song that fits it really well," May said about the song selection. "It's a b-side from 'After the Party' and it's about a friend who passed who's also a big football fan and an Eagles fan. It's kind of crazy how that came full circle to work out that way. Just to have that song ready for it."

There is no cliched, '80s movie-like divide between sports and punk rock for The Menzingers. They definitely bleed green and were overjoyed that the Eagles reached out about taking part in the "Gameday Poster Playlist."

"Been Eagles fans our entire lives," May said about the excitement of collaborating with the Birds. "I remember in the earliest days, Randall Cunningham and having his poster on the wall of my room growing up. The Eagles have just been such an important part of our lives. Moving down to Philly, finally getting to go to some games the last couple of years then, of course, the Super Bowl win was incredible."

Even more incredible for The Menzingers is where they were watching the biggest game in Eagles history. No, they were not one of those people packed into a house in Philly who then ran down Broad Street in pure triumph after the Birds toppled the Patriots back on February 4, 2018. They were touring and out of the country entirely.

"We were in Belgium," May said. "I went on to that city's subreddit and tried to find a place that would be playing the Eagles, so someone told us to check out this Irish bar, so we went there and they put the game on. They stayed open for us until 4 o'clock in the morning and the only other people in there were just some drunk British guys and one table of Patriots fans that were Americans and we were yelling sh--t over at them after a couple of rounds, but all the opening bands came out and hung with us and they started dropping one by one and we were like, 'We are not going to sleep before this game is over.'

"People were like, 'Oh my God! The Eagles won the Super Bowl. They're going to have their best show ever the next day,' but, no, we stayed up drinking until 5:00 a.m."

Across the country and even in a place as far away from the Linc as Europe, fans still find a way to link the Menzingers with Philly, the Eagles in particular.

"No matter where we're playing, at a transplant-heavy place, like your Southern California or Florida, even overseas this has happened, we get Eagles chants now in the middle of the sets," May said. "Someone will just throw out the 'E-A-G-L-E-S!'"

Not much says "Philly" more to me than the Birds and some great tunes from a local act. The city is even more alive when the Eagles are good. May is already excited about what he's seen from this 4-0 Eagles squad.

"I don't want to jinx it by talking s--t, not that I even believe in that, but I'm stoked."

"Bad Actors" will release on the Eagles app ahead of the Eagles' Week 8 matchup with the Steelers on October 30. There is a specific "Gameday Playlist" tab that can be clicked on the app to listen to all of these songs. The Menzingers will play two concerts in Philly this fall: Friday, November 25 and Saturday, November 26, both at Union Transfer.