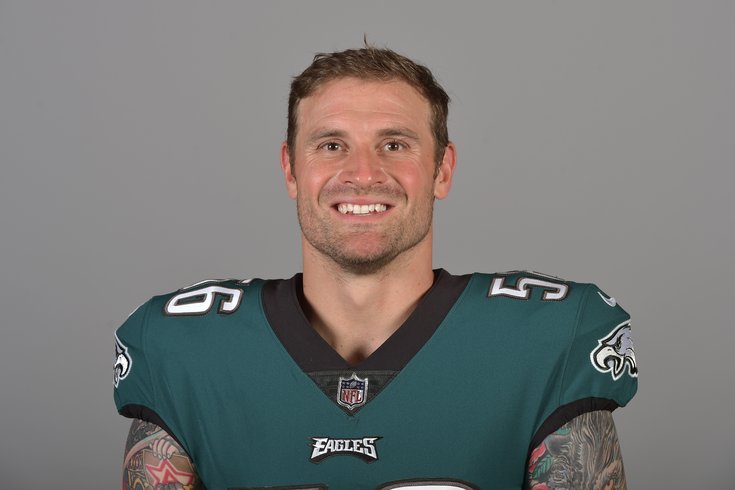 Eagles defensive end Chris Long, who hasn't been shy about his thoughts on the violent events in his hometown of Charlottesville, will donate nearly half of his season's salary to fund scholarships in the Virginia town.

Through his charitable foundation, Long announced Tuesday that he'll be giving up his first six game checks for the current NFL season to pay for two members of the Boys & Girls Clubs of Central Virginia to attend St. Anne's-Belfield School, the private boarding school where Long played high school football.

Long said he and his wife Megan were paying for the scholarships as a positive response to the white nationalist rally in August, a fatal affair that left three people dead and dozens injured.

“In August, we watched people fill our hometown streets with hatred and bigotry,” Long said in a press release. “Megan and I decided to try to combat those actions with our own positive investment in our community.”

The veteran player, signed by the Eagles in March, has drawn headlines for his outspokenness, like when he supported teammate Malcolm Jenkins' pregame national anthem demonstration.

After the rally, he referred to the white supremacist and neo-Nazi protesters as "man babies" on social media and equated President Donald Trump's comments about "both sides" being at fault during the counter-rallies as him missing a "moral layup."

Insanely frustrating. Evolution will favor the self assured... not man babies with tiki torches or people playing "militia"

This would be a moral layup yet you go with "on many sides." Unreal. https://t.co/Cb5XjFmrdH

The initial rally was held to protest a plan by Charlottesville officials to take down a statue of Confederate Gen. Robert E. Lee in a local park.

“I can’t possibly understand what it’s like to be a minority and walk by a Confederate monument in a public place,” Long told Eagles reporters in August.

St. Anne’s-Belfield and the Boys & Girls Club will work together to pick the two students who would benefit from the scholarship. Their tuition will be paid from sixth grade through high school graduation.

“We want these scholarships to be reflective of what the ‘Cville’ community is really about – supporting one another, social equality and building up those in our community who need it," Long said.