Eagles release CB Cre'Von LeBlanc, re-sign him the next day 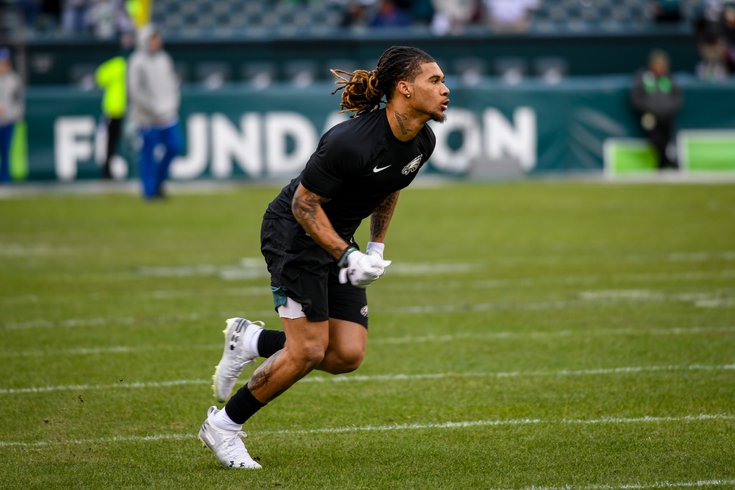 Cornerback Cre'Von LeBlanc warming up before the Philadelphia Eagles' wild card game against the Seattle Seahawks.

After claiming RB Jason Huntley off of waivers from the Detroit Lions, the Philadelphia Eagles had to cut a player to make room on the 53-man roster. In a surprise move, they announced that they were releasing CB Cre'Von LeBlanc.

LeBlanc has become something of a fan favorite, as he is a scrappy, confident corner who has the mental makeup Jim Schwartz likes. He has mostly filled in ably when his number has been called, and he has even started in playoff games for the Eagles in each of the last two seasons. However, on the Eagles' roster in 2020, he is probably just a backup slot corner to Nickell Robey-Coleman.

Because LeBlanc has at least four accrued seasons in the NFL, he does not have to pass through waivers, and is immediately a free agent. That's actually a good thing in terms of the Eagles' chances of bringing him back, if that's what they intend to do after they place another player on IR (like Will Parks for example), which would open up a roster spot. If LeBlanc had to pass through waivers, another team could claim him, and there's nothing that the Eagles or LeBlanc could do about it. He would have to report to that team.

Of course, there's risk here as well. If the Eagles wish to bring LeBlanc back, and some other team offers him a decent contract, then they could potentially lose a useful player in the regular defense because they got cute, instead of just waiving a special teams-only guy, like, say, Rudy Ford. It's an interesting situation to watch.