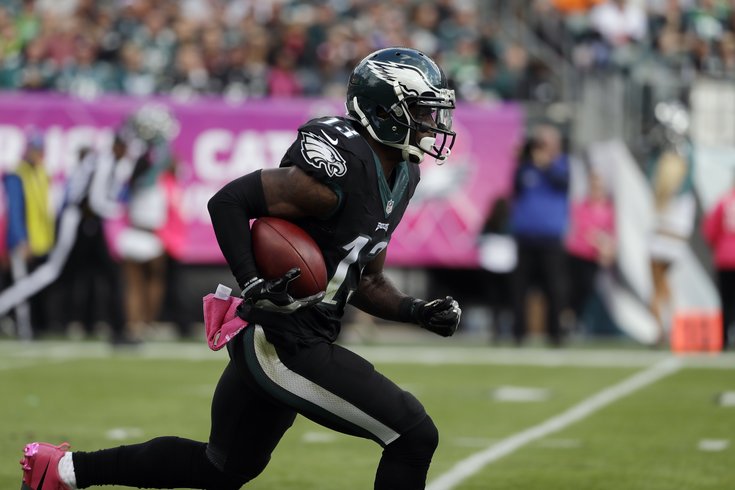 Josh Huff is no longer an Eagle.

A day ago, Doug Pederson said that Huff would play this Sunday against the New York Giants.

"Until I find out exactly the severity of it and what’s going to happen down the road, right now nothing, and we’ll take it one day at a time," he said on Wednesday.

Huff was ineffective in the Eagles' offense this season, catching 13 passes for 72 yards (5.5 yards per reception) and 1 TD for the Eagles this season. However, he was having a stellar season on special teams.

He leads the NFL in kick return average, at 36.0 yards per return, returning one kick return for a score against the Minnesota Vikings Week 7.

Howie Roseman is scheduled to speak with reporters at 12:20 p.m. Thursday afternoon.