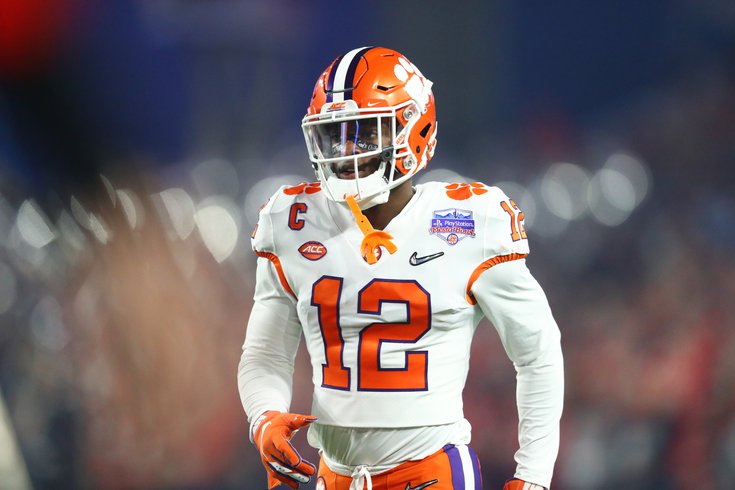 During this dead period of the offseason, we'll be comparing each of the Eagles' rookies to current NFL players. Today we'll take a look at fourth-round safety K'Von Wallace.

Wallace reminds me a lot of a player I have long admired in Glover Quin, who played corner and safety (mostly safety) for 10 years with the Texans and Lions, and who Jim Schwartz actually signed as a free agent in Detroit in 2013.

Quin was a fourth round pick of the Texans in 2009, and he started 12 games as a rookie. Over his 10 year career, he only missed one game, picking off 24 passes and forcing 10 fumbles. In his prime he was one of the best cover safeties in the NFL, who probably never got the recognition he deserved.

Quin was undersized at safety, at 5'11, and so is Wallace. A look at their measurables:

Wallace has some of the "positionless" qualities the Eagles are striving for in their secondary, in that he played safety and slot corner for Clemson. He had a productive 2019, making 72 tackles, with 2 sacks, 2 INT, and 10 pass breakups.

Like Quin, Wallace is an aggressive, heady cover safety. He will complete for No. 3 safety / big nickel / dime LB snaps as a rookie, with long-term starting potential.