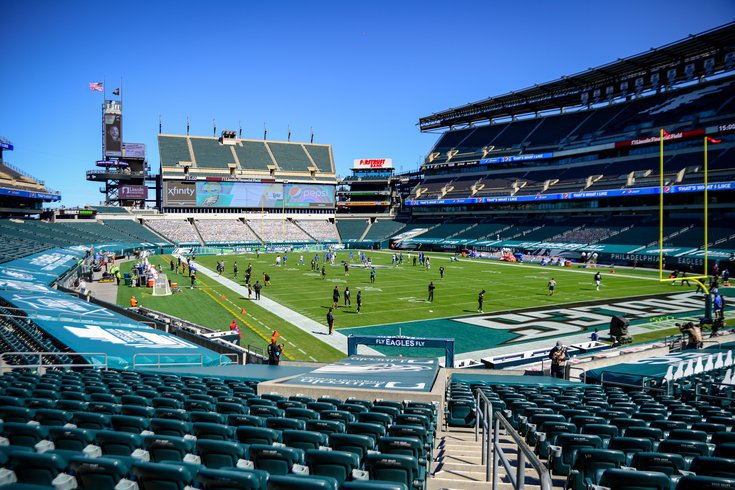 Frank Tobolsky, 59, claimed the money he took from an investor would be used to offer loans to Eagles season ticket holders with seat licenses at Lincoln Financial Field. The funds were used for personal expenses instead, prosecutors say.

A disbarred attorney from Cherry Hill has admitted to a fraud scheme in which he accepted money under the guise that it would be used to offer loans to Philadelphia Eagles season ticket holders who owned seat licenses at Lincoln Financial Field.

Frank N. Tobolsky, 59, allegedly stole nearly $2 million from a Delaware victim who thought the fake loan scheme was an investment opportunity, federal prosecutors said. The investor gave Tobolsky about $2.4 million to fund loans for Eagles season ticket holders. But Tobolsky admitted this week that he used most of the money for personal expenses, including casino trips, prosecutors said.

Tobolsky began receiving money from the victim in 2013, claiming that the seat licenses at Lincoln Financial Field would be used as collateral to secure the loans, prosecutors said.

But Tobolsky's scheme began to unravel in 2018, when authorities in Atlantic County charged him with theft in another scheme connected to the Eagles. The New Jersey State Police Casino Gaming Bureau's Financial Crimes Squad discovered Tobolsky had posted an online ad claiming to have an Eagles Stadium Builder License available from a couple looking to sell it during a divorce.

A victim who responded to Tobolsky's ad gave him $9,400 in cashier's checks, which were deposited into Tobolsky's Golden Nugget Casino account, state police said. The victim never got an Eagles season ticket license.

Tobolsky was disbarred in both Pennsylvania and New Jersey that year for misappropriating escrow funds that he used for gambling, which he described as a lifelong problem during Disciplinary Review Board proceedings in New Jersey.

In the current case, Tobolsky pleaded guilty to a charge of wire fraud, which carries a maximum penalty of 20 years in prison and a maximum fine of $250,000.