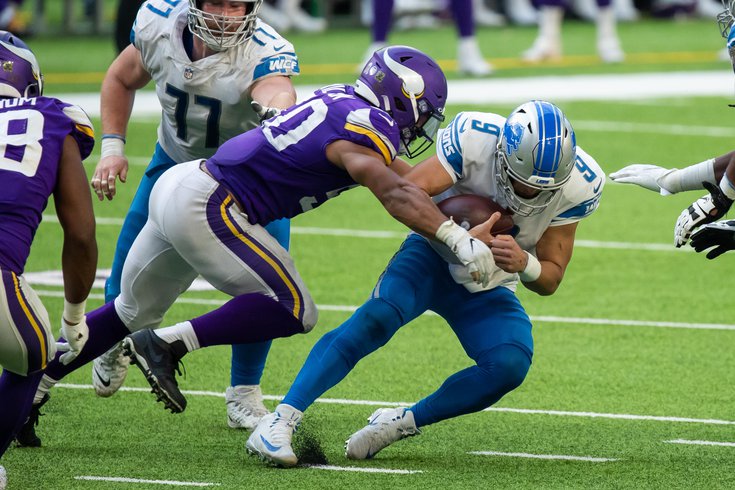 Former Minnesota Vikings linebacker Eric Wilson will be signing with the Eagles.

The Philadelphia Eagles have added to their linebacker depth, as they announced that they have signed former Minnesota Vikings linebacker Eric Wilson to a one-year deal that is reportedly worth up to $3.25 million.

Wilson filled up the stat sheet in both areas last season, as he had 3 INTs, 8 pass breakups, 3 sacks, and 9 QB hits. He also allowed just 5.6 yards per target in 2020, according to pro-football-reference.com. Oh, and he had 122 tackles.

Wilson is still only 26 years of age, and he should have an opportunity to start in 2021. The Eagles depth chart at linebacker now looks something like this:

The Eagles' clear remaining gaping hole is at cornerback. To be determined if they sign a Band-Aid veteran in the next few weeks, or if they wait to see if they land one high in the draft.