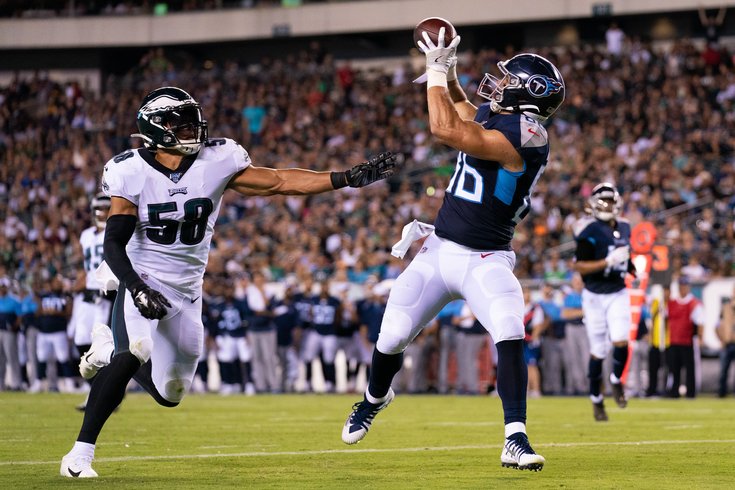 L.J. Fort is gone, and a fourth-round comp pick is preserved.

The Philadelphia Eagles announced a pair of roster moves on Friday afternoon, which on the surface aren't super meaningful, but are relevant in terms of future draft picks.

To begin, they signed veteran cornerback Orlando Scandrick, who was with the team during training camp. That move is rather straightforward, as the team lost slot corner Avonte Maddox to a scary injury Thursday night in Green Bay, and, well, the team needs a slot corner who can fill in for however long Maddox will be out. That's Scandrick.

In something of a surprise move, the Eagles released linebacker L.J. Fort to make room for Scandrick. The Eagles signed Fort on the first day of free agency back in March to a three year, $5.5 million contract, with $1.9 million guaranteed. That was ill-advised, as Fort counted toward the compensatory pick formula, and thus negated one of the comp pick-qualifying players lost in free agency.

Assuming the Eagles don't bring Fort back, because he wasn't on the roster for at least 10 regular season games, he will no longer count toward the comp pick formula, and will no longer cancel out the loss of Jordan Hicks, who represents a gain of a fourth round comp pick in the 2020 NFL Draft. Here's is what the compensatory pick cancellation chart looked like prior to the release of Fort (h/t OverTheCap.com):

And here's what it will look like with Fort now gone:

You can see our compensatory pick tracker here.

Whenever the Eagles release Andrew Sendejo, which in my view should be an extraordinarily easy decision to make, since, you know, he stinks, the Eagles will gain another fourth round comp pick for the loss of Jordan Hicks.

To note, cutting Fort isn't without its drawbacks. He'll count for $1.9 million on the Eagles' salary cap. Fort played a grand total of zero snaps in the Eagles' regular defense, and was a special teamer only.