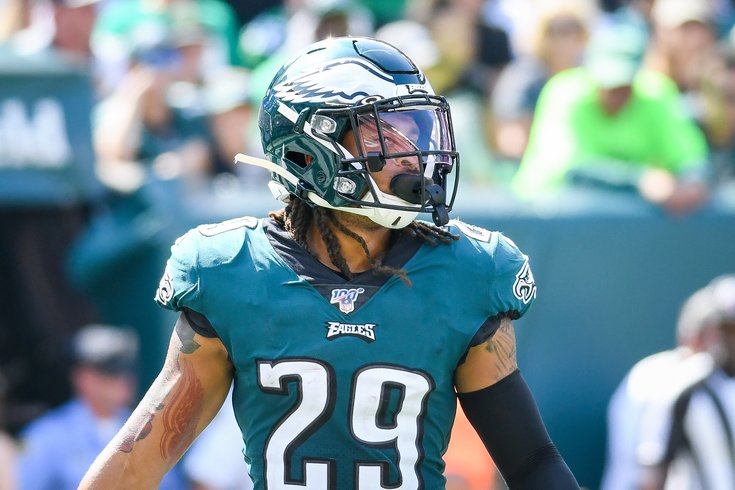 [UPDATE:] Noon Friday — An official diagnosis came out on Avonte Maddox, who had a neck injury and concussion Thursday night.

#Eagles announce Maddox has a concussion and neck injury.

[UPDATE:] 10:15 A.M. Friday — Good news came out about Avonte Maddox Friday morning, as Ian Rapoport said he was released from the hospital last night and flew back to Philadelphia with his teammates,.

Everything is going well. Appreciate the prayers and get well wishes. God is good. 🙏🏽

Here's more on his terrifying injury from last night:

Football fans were reminded just how brutal and violent the game can be sometimes as two players were carried off in stretchers Thursday night in the Eagles' 34-27 win in Green Bay.

After an early and horrifying exit by Green Bay running back Jamaal Williams following a helmet-to-helmet hit from Derek Barnett, Eagles cornerback Avonte Maddox was carried off late in the fourth quarter after a very long examination on the field.

Andrew Sendejo lit up his own teammate, Avonte Maddox! Listen to the hit! SHEESH! pic.twitter.com/suv5qrat9q

In the replay, Maddox can be seen wiggling his legs a bit. He also could be seen talking to medical personnel as he was carried off. He did not, however, raise any of his extremities to waive to the crowd in Green Bay as he left the premises.

Entire Eagles team comes over to Avonte Maddox who is being taken away on stretcher @6abc #Eagles pic.twitter.com/oLfBkF8sIT

The entire team bid their respects to Maddox before he left in an emotional and devastating moment. The Eagles were able to use it as inspiration as a second straight goalline stand preserved an Eagles victory when Nigel Bradham picked off Aaron Rodgers to get Philadelphia back to 2-2.

It was later confirmed by Eagles head coach Doug Pederson that Maddox was able to move all of his extremities and was coherent and that he was at the hospital for precautionary reasons.

We'll update you with any news on Maddox — or on another cornerback injured Thursday, Sidney Jones — right here.