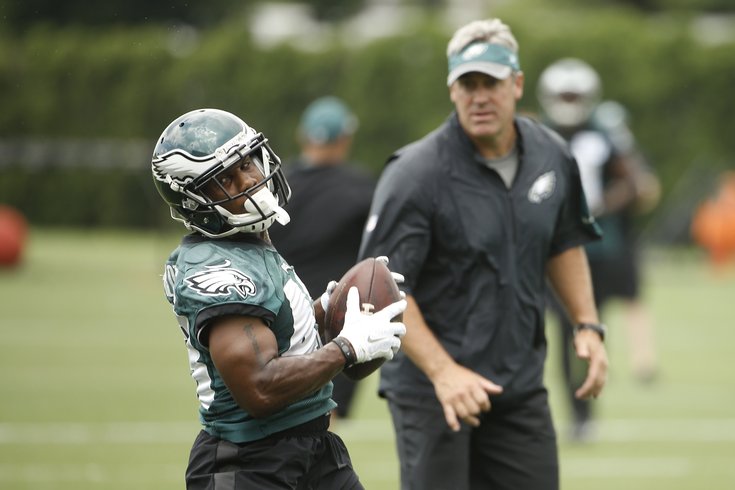 The Philadelphia Eagles announced Friday morning that they agreed to a one-year contract extension with running back Darren Sproles, who turned 33 in June.

Previously, head coach Doug Pederson seemed excited about how he wanted to use Sproles in his scheme.

"On special teams, we know what he can do and he's the primary guy, the return guy there, and offensively he becomes a big part of what we do," Pederson said.

"If you go back and just look at what we did in Kansas City with our running backs with Jamaal [Chiefs RB Jamaal Charles] before he got hurt and then with the two guys after the injury [Chiefs RBs Spencer Ware and Charcandrick West], we like to move our running backs around, and [Sproles is] a guy that creates matchups on defense, or against the defense, and we're going to move him around; we are not necessarily going to keep him in the backfield. His role will be extensive, both offensively and also on special teams."

Sproles is a very good fit for an offense that plans on using its backs heavily in the passing game. Expect Sproles to used more creatively in Pederson's offense than he was in Chip Kelly's.

Sproles' declining offensive numbers offensively may have partly been a product of the decline of Kelly's offense as a whole, as opposed to age concerns.

As a returner, Sproles has been a major weapon. Whenever opposing teams have been dumb enough to punt to Sproles, he has made them pay. For the second straight year in 2015, Sproles had two punt return touchdowns. Frankly, the Eagles might have only won five games instead of seven last season without him. Against the Patriots, Sproles helped put the game out of reach with a punt return TD in a game that was decided by seven points. Ditto that against the Jets.

Sproles is a legitimate difference maker who often factors in heavily to the overall results of games with enormous plays, and he'll be with the team through 2017.

The #Eagles just signed RB Darren Sproles to a one-year extension for $4.5M, source said. Been working on it since he reported in June.