Eagles signed a bunch of guys 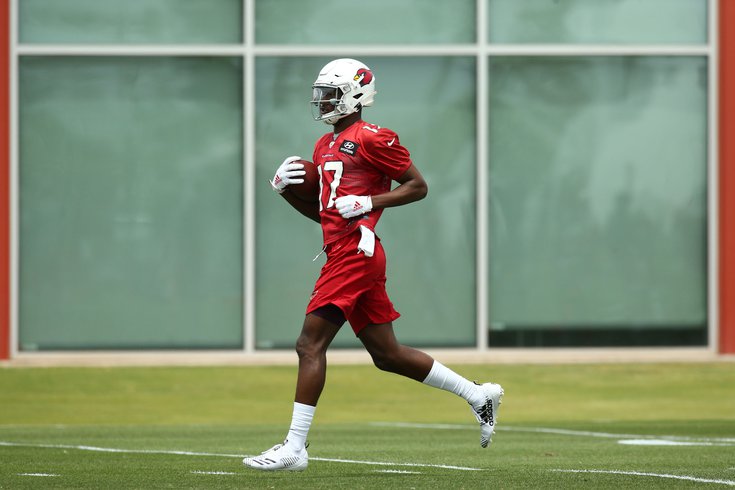 The Philadelphia Eagles signed nine players to futures contracts on Monday, and agreed to terms with DT T.Y. McGill on a one-year contract. Let's quickly go through each player.

• RB Elijah Holyfield: Holyfield had a golden opportunity to crack the roster as the fourth running back during 2020 training camp, and while he was a solid, physical runner, he didn't show any one trait that stood out. Those kinds of guys are a dime a dozen in NFL camps.

• WR Deontay Burnett: Burnett had a standout camp in 2020, and on performance, probably deserved to make the roster. However, with three rookie draft picks being locks to make the team at wide receiver, there was a numbers crunch. Burnett got activated for two games this season (against the Bengals and 49ers). He made 3 catches for 19 yards against the Bengals.

• TE Hakeem Butler: Butler has one career NFL snap. This was it, on a crucial fourth down play in the fourth quarter against the Giants:

Butler was something of a "Draft Twitter" favorite as a wide receiver prospect leading up to the 2019 NFL Draft, as some analysts though there was a chance he could sneak into the first round. That didn't happen, as the Arizona Cardinals chose Butler with the first pick on Day 3 of the draft (in the fourth round). Many thought that was a steal, given Butler's college production (22.0 YPC his final year at Iowa State), his size, and his athletic measurables.

The Eagles are trying to convert him into a tight end. More on Butler here.

• DE Joe Ostman: Ostman is a try-hard practice guy who Jordan Mailata has credited for helping him get better. Ostman got a taste of the NFL (and Nick Chubb) against the Browns this season.

• CB Lavert Hill: We profiled Hill in our Grocery Shopping series last year. He is a slot corner with some press man skills, and could contend for a roster spot next season, on the assumption the Nickell Robey-Coleman isn't back.

• CB Jameson Houston: Houston appeared in three games for the Eagles this year, and played 22 snaps in the regular defense last Sunday against the Football Team.

• S Blake Countess: Former draft pick of the Eagles (6th round, 2016) who is back for his third stint with the team. He has appeared in 45 career games.