Report: Eagles have trade in place to send LeSean McCoy to Bills for Kiko Alonso

Alonso was the 2013 PFWA Defensive Rookie of the Year 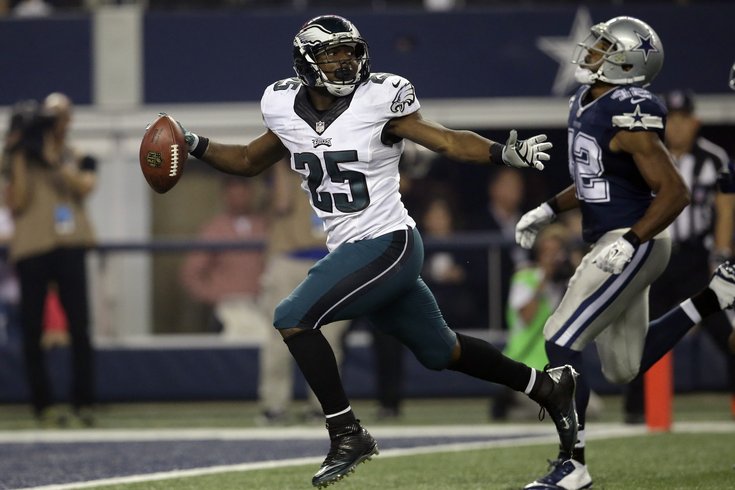 For the second consecutive offseason, the Eagles will send a star player packing. Last year it was DeSean Jackson. This year it's LeSean McCoy. According to Adam Schefter of ESPN, the Eagles traded McCoy to Buffalo for Bills linebacker Kiko Alonso:

Filed to ESPN: Bills have notified LB Kiko Alonso he is going to be traded to Philadelphia for RB LeSean McCoy. Trade official next week.

It'll probably just easier to continue to update this trade with analysis in bullet-point form:

• McCoy had a drastic drop in production from 2013 to 2014. As noted above, McCoy was the NFL's rushing leader with 1607 yards. He also had a very impressive 5.1 yards per carry. In 2014, his yards per carry dropped to 4.2. The Eagles suffered a number of injuries along their offensive line last season, but McCoy often didn’t look like the same back.

• As of right now, the Eagles don't really have a guy they can trust to carry the load other than McCoy. Darren Sproles is a weapon, but is not a three-down back that can carry the ball 15+ times per game, and Chris Polk can't be trusted to stay healthy.

• The draft this year is loaded with good running backs. Here are a few that make sense for the Eagles.

• While the Eagles have now opened up a hole at running back, they likely filled one at ILB with Alonso, who was the PFWA Defensive Rookie of the Year in 2013 and is only 24 years old. He is a three-down linebacker who racked up 159 tackles, two sacks, and four INTs his rookie year.

• Alonso comes with serious concerns. He suffered a torn ACL in his left knee in July and missed the entire 2014 season. In college, he tore his right ACL.

• Alonso went to... you guessed it... Oregon. That now makes nine players on the Eagles' roster who went to Oregon.

• In the last two weeks, the Eagles have released TE James Casey, starting OG Todd Herremans, starting CB Cary Williams, and they are reportedly expected to release Trent Cole in the immediate future. 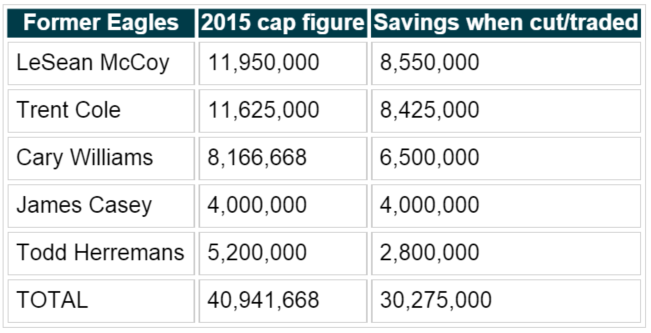 • DeMeco Ryans is likely to be the next cap casualty, as he is set to make $6.9 million in 2015, with no penalty to release him.

• As we reported last week, expect the Eagles to be major players in free agency.

• Oh, and the Eagles play the Bills this year. In Philly.

• Let's go ahead and update the Eagles offseason plan, once again: