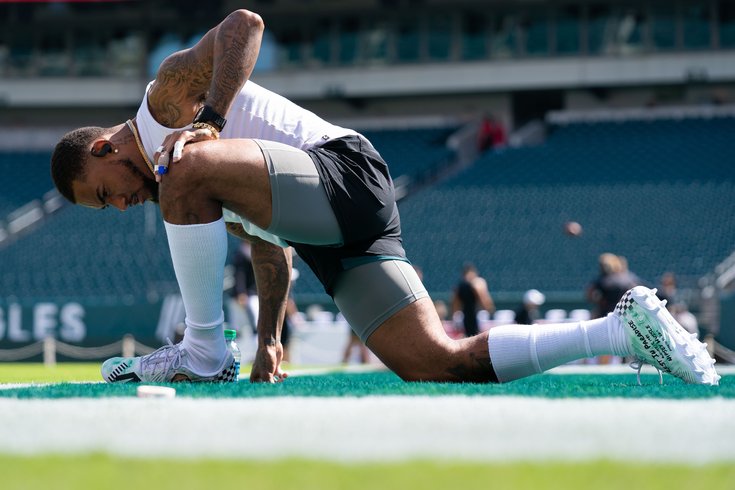 Wait, so DeSean Jackson (likely) could have had surgery weeks ago, and he would almost be ready to return already? Smh.

The Philadelphia Eagles will head into Week 6 very banged up, as usual. After a rare week in which they faced a team with even worse injuries in the New York Jets, they'll face a very healthy Minnesota Vikings team this Sunday.

Jackson could have had surgery earlier in the season that according to Dr. David Chao would have kept him out about 6 weeks, but he opted against it. If Dr. Chao's diagnosis from afar is correct, this is yet another blight on the Eagles' medical staff.

• CB Ronald Darby (hamstring): Darby struggled early in the season while trying to come back from a torn ACL. It was originally thought that he would be out for about a month, but it now appears he'll be out longer than that.

• DT Timmy Jernigan (foot): Jernigan became a starter when Malik Jackson was likely lost for the season with a Lisfranc injury Week 1. Jernigan is expected to be out for a while, possibly into November.

• RB Darren Sproles (quad): Sproles is week to week with a quad injury. This is the third straight season that he is going to miss a substantial amount of time. While Sproles has had an outstanding career, but he is now 36 and it really made little sense to bring him back this season.

• RB Corey Clement (shoulder): Clement worked his way back from a knee injury only to suffer a shoulder injury that has hampered him this season.

UPDATE: Clement is now on IR. His season is over.

• DT Malik Jackson (IR): Originally, the loss of Jackson hurt most when the Eagles forced obvious passing downs, as the Eagles don't have a clear replacement for him in those second-and third-and-long situations. In the base defense, however, Jernigan was a capable replacement who played well Week 1, after missing almost the entirety of the 2018 season with a mysterious back injury. With Jernigan now out as well, the Eagles are digging deep into their DT depth, and they'll need guys like Hassan Ridgeway and Akeem Spence to step up, which they have not yet done.

• CB Jalen Mills (PUP): Mills' foot injury has been extremely slow to heal, and he'll be on PUP through at least Week 6. He will begin practicing soon.

• CB Cre'Von LeBlanc (IR): LeBlanc is out with a Lisfranc injury. He'll be allowed to practice after Week 6 of the regular season, and can return to the active roster after Week 8.

• RG Josh Kline (foot): Kline is the starting RG, and he has some bad tape this season. Kline missed the Vikings' Week 4 game against Chicago, and Dakota Dozier filled in. Dozier was even worse. Kline returned Week 5 against the Giants, but he's unable to go again.

• LB Kentrell Brothers (hamstring and wrist): Brothers has only played 9 snaps in the regular defense this season.

• WR Josh Doctson (IR): The Vikings signed the former Washington bust after Washington released him. He's now on IR with a leg injury.