Who's actually responsible for the street art at Ridge and Midvale? Dead man's family says he didn't get enough credit from living friend 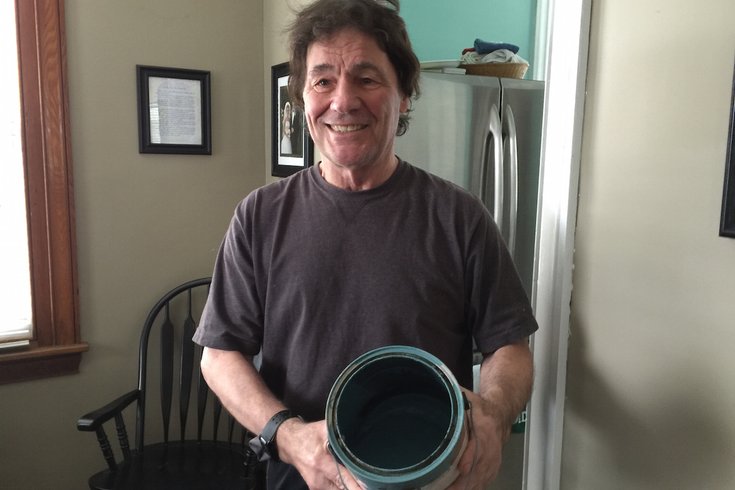 It’s been nearly two weeks since we brought you the story of Tommy Doyle, the East Falls man who talked about being involved with the annual painting of a shamrock at Ridge and Midvale avenues in the Northwest Philadelphia neighborhood for several decades now.

In those two weeks, I’ve received a slew of angry calls (from a woman who since moved to California), emails, comments (on the story and on neighborhood-centric Facebook groups) and a (quite polite, neighborly) knock on my front door. The message across this platforms was this: the late Danny Grimes did not get nearly enough credit for his role in the process.

This, despite the fact that Doyle said Grimes was there at the beginning and most every other subsequent year until he passed away. He also noted that Grimes wanted that tidbit kept secret (as did his kin who've since responded to the story on numerous occasions) and that Doyle has painted it in Grimes’ honor each year since.

“A lot of people would take credit for it, saying, ‘Oh yeah, I painted the shamrock,’ but nobody ever painted it except me and Danny Grimes,” said Doyle.

The lone exception was the time some 15 years ago when Grimes died and his brother-in-law took over, but Doyle added his mark to a landmark that was often mentioned in radio and TV traffic reports through the years.

In the years since, it’s all fallen to Doyle to keep the tradition alive, with the sometimes-help of his four kids, his brother Mike and nephew Richie Ennis.

“I say a little prayer to Danny when I get done painting it,” he said, eyes welling up with tears. “It stayed a secret up until a couple years ago. Word just started getting out in the neighborhood. I tell people I’ve been doing it for 57 years and they’re going, ‘Get the hell out of here’ because so many people have claimed to do it.”

Neighborhood-tradition stories always feature peculiar narratives when it comes to dispensing credit. Sometimes, the tension of turf beefs come into play. This one is apparently no different, as we received an email from another gentleman cited as being there at the shamrock’s onset in the story.

As was the case with other correspondents, "Tom Grimes (not deceased)” asked that the story be rewritten. That’s not going to happen. What is going to happen is the sharing of what Tom Grimes wrote in an email received on Monday morning. (And be sure to read to the bottom, as Doyle responded to the assertions herein.)

Granted, PhillyVoice wasn’t there each March in decades of old, so we’ll let the Fallsers take it from here. May this – God willing – be the last post written about the saga until March 2017, when we’ll be on scene to provide a story of what may or may not be the 58th time it’s been painted.

“Let me introduce myself: my name is Tom Grimes and I have just been made aware of your article in the PhillyVoice concerning the painting of the shamrock at Ridge and Midvale. I would like to try to set the record straighter than it is at the moment.

In 1959, the year in which Tommy Doyle alleges the shamrock was first painted (i.e. 57 years ago), we would both have been in the 7th grade at St. Bridget’s. I am sure that my brothers Skip, who was 19, and Danny, who was 17, would not have approved of me drinking beer and staying out after midnight; in addition, my father would have blown a gasket if he had caught me out after midnight and coming home stinking of beer.

As I recall there was also a teenage curfew law at the time so three of us would have been violating that law.

Also, to my recollection, my brother Skip did not move to his apartment on Ainslie/Conrad streets until about 1965/66.

During my high school days I used to hang out on the corner of Ridge and Midvale, regardless of the weather, and never saw a shamrock from 1962 to 1964. As a reporter, you should go back to Tommy Doyle and ask him how many years I am supposed to have helped him with the shamrock, because in September 1964, I enlisted in the Army and served 3 years, never going back to Philadelphia for 20 months. After I was discharged in September 1967, I moved to California.

If you check the Philadelphia newspaper archives from 1959 to 1964, I do not believe you will find any articles or photographs of a shamrock, or of people painting it.

The truth of the matter is, my brother Danny Grimes is the person responsible for starting the tradition and originally painted it free hand in 1966. Being a perfectionist he would do it over and over. So to speed up the process, he made a shamrock template out of roofing paper, chalked an outline at the intersection, filled in the middle, and left.

If again you check the newspaper archives of the Philadelphia Journal in March 1979, you will see a photograph of three people painting the shamrock: Skip Grimes, Danny Grimes (the original creator), and Vinnie Pennetti – no Tommy Doyle in sight. That isn’t to say, however, that he never helped – just occasionally.

The year my brother Danny died (1997), our brother in law Bill LaPorte, who was also very ill, took the template and painted the shamrock. His son, also Bill, carried on the tradition for a further two years. But when he next went down in the early hours of 17th, he discovered a shamrock had already been painted. Being too polite to paint over it, he left.

That would have been about 2000/2001 which I assume is when Tommy Doyle started painting the shamrock, strangely not on the 17th, but on the 5th in honor of his son, not St. Patrick. Also the junk paint, as quoted in your article, was paint that would wash away within a month. The quote “So we all got half a load on…” is rubbish. My brother Danny was a mailman (early hours) and as mentioned earlier he was passionate and a perfectionist about his art.

If Tommy Doyle really wants to carry on the “tradition,” let him paint the shamrock in the early hours of March 17th to honor St. Patrick, not on March 5th for someone only immediate family and friends know about. And let him get rid of those numbers in the middle of the shamrock!

So, to reiterate: Danny Grimes started and continued the tradition, not Tommy Doyle.

Finally I respectfully request that you do not print my email address or give my personal information to anyone. I do not wish to start communicating with people I haven’t been in contact with since 1967 – no particular reason, I just like it that way.

For his part, Doyle spoke to PhillyVoice about the response to the story. Suffice it to say, he's not keen on the fact that "someone is trying to embarrass me." 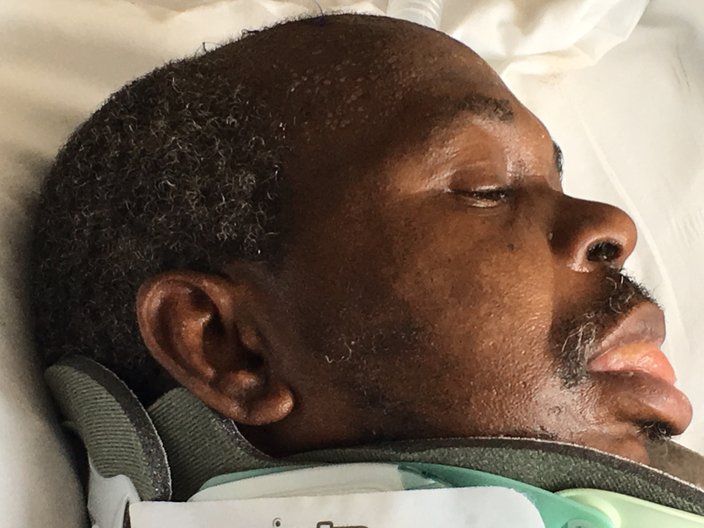 Tommy Doyle poses in the middle of the shamrock he's painted at Ridge and Midvale avenues in East Falls for nearly six decades. This photograph was taken six years ago.

"I know one thing: I'm not a bulls------. I have nothing to gain from this," he said. Of the Grimes' daughter's comments, he added that, "Her dad was a great guy. I don't know what this could all be about. They planted a tree in McMichael Park in her father's memory. This whole thing is insane; it's stupid. How do I know all the names from the beginning? I remember it all vividly."

As for Tommy Grimes' email, Doyle noted that he didn't say the man was there each year, acknowledging that he did, in fact, leave town for military service.

And with that, I’m done even looking at the East Falls shamrock.