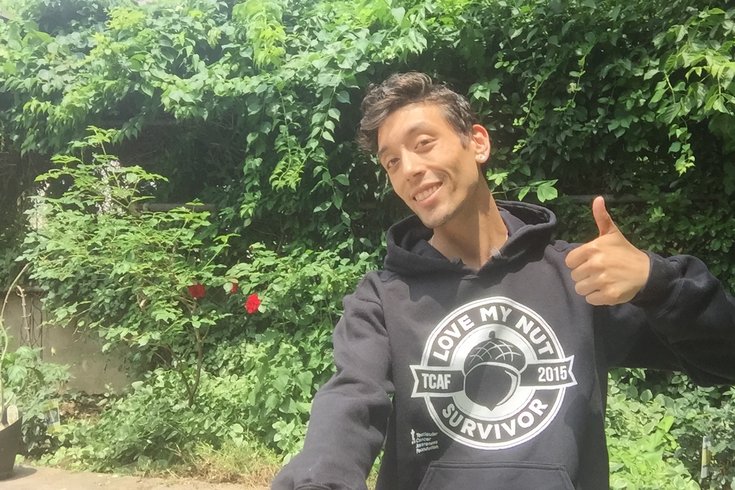 Jasper Lloyd, of East Falls, is facing his fourth battle with testicular cancer in a two-year period. He's asking for financial assistance on GoFundMe.

Jasper Lloyd is fighting cancer with a smile.

At just 26 years old, Lloyd, of East Falls, is facing his fourth bout with testicular cancer. He first discovered a lump on his left testicle two years ago while working a valet job that had him running back and forth between cars.

"I'm a runner, so I know my body well, and I could tell something just wasn't right," Lloyd told PhillyVoice.com. "I kept telling myself, 'No way, this isn't cancer. It has to be a cyst.'"

But it wasn't. He had his left testicle removed in June 2013, and was told only a month later that the cancer had spread to his abdomen and lymph nodes, requiring a second surgery. From there, he was cleared -- until February 2014, when doctors at the University of Pennsylvania Perelman Center informed him the cancer had spread again, requiring chemotherapy.

Just last month, he underwent a third surgery to remove a cancer-infected lymph node that doctors discovered earlier this spring.

"It's something I’ve been struggling with for three years now; it’s starting to become a part of me," he said. "But this gives me the opportunity to share my experiences and thoughts with those who need to know. And it's definitely a subject that needs to be talked about -- some guys find a lump and put it off like it's nothing because they're not educated."

According to the American Cancer Society, the disease, which continues to grow in incidence, is most common among men between the ages of 20 and 34. Since the disease comes with few symptoms, it often goes undetected. This year, 8,430 new cases of testicular cancer will be diagnosed, and 380 people will die of the disease. 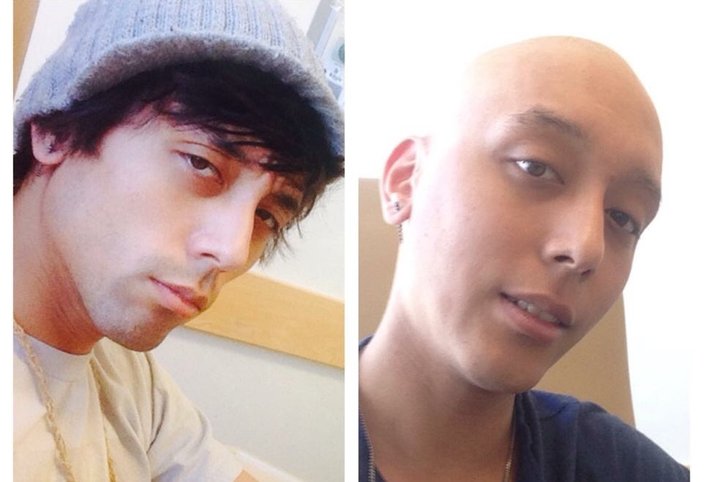 Lloyd underwent chemotherapy in February 2014 when his cancer returned for a third time. Photo courtesy of Jasper Lloyd.

Despite the rough patch and seeming doom-and-gloom, Lloyd has managed to keep an upbeat attitude -- to the point where he's asking people to hashtag "#StayPositive" on social media to put a less foreboding face to cancer.

"There's no point in being negative over a situation you can't change," he said. "I think it's important to stay positive, and always look forward, not back."

What is frightening to him, however, is the prospect of facing mounds of debt over one of those unchangeable situations -- what may be the most unforgiving element of a disease that's prevalent among young, financially underdeveloped adults.

Because Lloyd's first three rounds of the disease happened before he turned 26 -- the cut-off age for being on your parents' insurance, under the Affordable Care Act -- he was able to have his surgeries covered through his father's plan. As a part-time retail worker who's still in school, however, he lacks the kind of comprehensive insurance plan that will cover his expenses. He's already dealing with an initial $5,000 bill with more on the way -- not considering the likelihood that, he said, he'll have to undergo another round of chemo, if only as a precautionary measure.

"I'm hopeful that this is the last of it," Lloyd said.

For now, he's asking for financial help on GoFundMe while he seeks a better insurance plan, continues to inch closer to graduation at Temple University and, of course, stays positive.