Eating disorders are often about managing pain – not weight 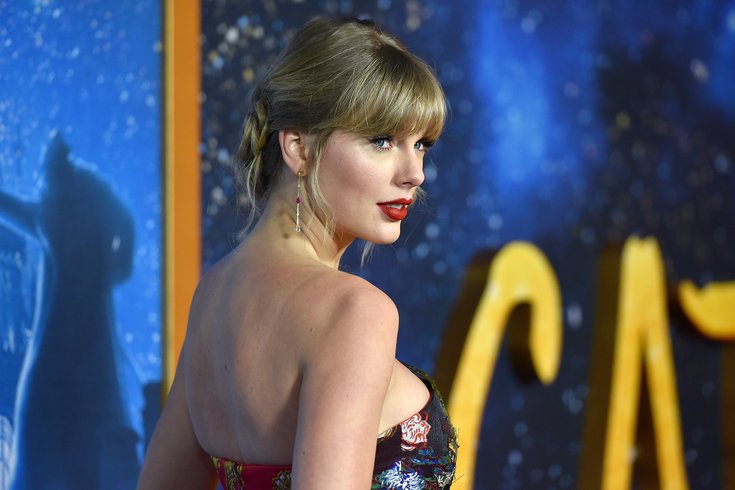 Taylor Swift disclosed her history of eating disorders in her documentary 'Miss Americana.' More than food or body image is involved in an eating disorder. Someone gripped by one is attempting to regulate some very difficult and complicated emotions.

In her documentary “Miss Americana,” music icon Taylor Swift disclosed her history of eating disorders. Her revelation underscores the fact these disorders do not discriminate. According to the advocacy and awareness organization Eating Disorders Coalition, they strike all genders, races, ethnicities and socioeconomic backgrounds.

Despite their prevalence – the problem is worldwide – myths about eating disorders abound. Such as that they are a choice. They are not. Or they’re not a big deal. They are. Or that a person with an eating disorder is always severely underweight. Not always.

As a licensed psychologist and psychology professor, I find it’s common for my clients and students to say “A little food helps me with my anxiety” or “I’m not thin enough to have an eating disorder.” Such beliefs often prevent people from recognizing they have a problem. More is involved in an eating disorder than food, or body image. Someone gripped by one is attempting to regulate some very difficult and complicated emotions.

WHAT IS AN EATING DISORDER?

Eating disorders fall into three basic categories: disorders of restriction, or anorexia; bingeing, known medically as binge eating disorder; and bingeing followed by compensation – such as self-induced vomiting – which is called bulimia.

Unpacked further: Restriction means limiting calories so much that weight loss is more than expected for a given height and weight. This does not necessarily mean the person will appear emaciated. Someone who was at the 90th percentile for weight, for example, could still be considered anorexic if they reduced their weight to the 70th percentile.

Bingeing is more than simply overeating. It’s out-of-control eating, leading to extreme feelings of fullness and guilt, typically within a couple of hours after a meal. By bingeing, a person can check out of life circumstances to focus only on food.

With bulimia, a binge is followed by an action to compensate for the calories consumed. Purging is one of them, but there are others, including exercise, particularly when it’s taken to an extreme. Although exercise is often overlooked as a form of compensation, a person addicted to it has more than three-and-a-half times the likelihood to be diagnosed with an eating disorder than a person a without one.

It should be emphasized that not all of these disorders always result in weight loss. Those with binge eating disorder and bulimia may be at or above expected weight.

THE ROOT OF AN EATING DISORDER

Eating disorders aren’t about managing weight. Rather, they’re a way to manage emotions. When my clients describe what it’s like to restrict themselves from food, they often talk of being “empty” and feeling “numb” to the world.

Take someone dealing with a trifecta of guilt, shame and embarrassment. Bingeing is exceedingly effective at burying these emotions. So is compensation, a tool to give the sufferer a break from the emotional turmoil. The relief they receive is a reinforcer, and it’s extraordinarily powerful. Purging, overeating, compensating – it all feels good. Very quickly, the pattern is repeated.

Simply changing eating patterns won’t work. Instead, sufferers must first identify the feelings they’re experiencing. Then comes a search for better strategies to deal with those feelings. In the interim, nothing feels as good as the eating disorder. But slowly, as healthy behaviors take over, they become more reinforcing than the disorder.

With Feb. 24 marking the beginning of National Eating Disorders Awareness Week, there’s one thing you need to remember if you know someone with an eating disorder. They are experiencing significant emotional pain; the eating disorder is an attempt to communicate that pain. If food or exercise appears to be running the life of a family member, friend or colleague, you can help by focusing on them and their lived experience – and not exclusively on the food.