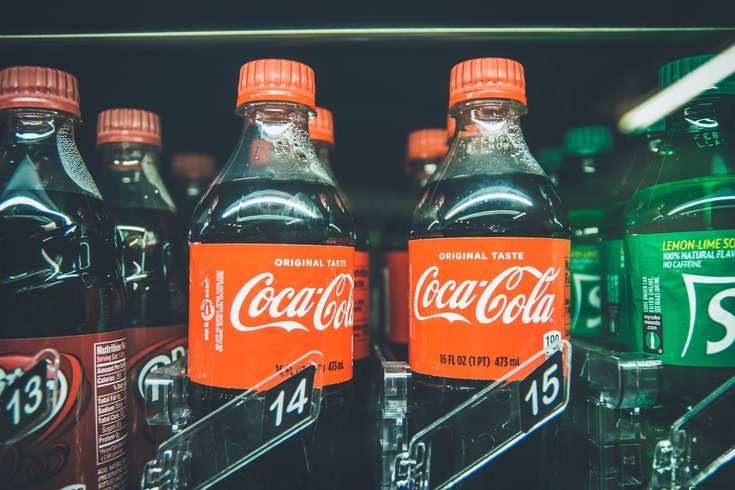 Philadelphia's soda tax has had little impact on the amount of sugary drinks that residents consume, according to a study conducted by Drexel University.

Some Philadelphia residents may be consuming less soda since the city enacted a controversial tax on sugary beverages three years ago. But it's unlikely the tax has driven that change.

The soda tax has had little, if any, influence on consumption habits in its first year, according to a new study conducted by Drexel University researchers.

At the one-year mark, 39% of Philly residents had decreased their monthly consumption of sugar-sweetened beverages, researchers found. But so did 34% of residents in several nearby cities – Wilmington, Delaware and Trenton and Camden, New Jersey. And none of those cities have a soda tax.

The difference is not considered statistically significant, researchers said. That means the soda tax has had a minimal effect on consumption habits.

"The availability of untaxed sugary beverages outside of Philadelphia, the still relatively lower price of these drinks compared to healthier ones and marketing and advertising may explain the low effect of the tax," lead author Yichen Zhong said.

The consumption of sugary beverages – which include sodas, sports drinks and juices – increases the risk of type 2 diabetes, obesity and heart disease. Each of those conditions affects large percentages of Philly residents.

When Mayor Jim Kenney was seeking approval for the city's soda tax, he pushed it as a funding mechanism for city parks, pre-K programs and community schools.

He did not stress the perceived health benefits of the tax – an argument former Mayor Michael Nutter had used in his failed attempts to pass a soda tax.

Still, the tax has resulted in some ancillary health benefits, according to Lauren Cox, Kenney's deputy communications director. But she said the Drexel study's methodology prohibited researchers from recognizing such gains.

"The modest decreases they did show were not statistically significant because they only had a sample size of 500 and had to exclude a large portion of their original sample," Cox said. "The patterns in consumption that we've seen since implementation of the Philadelphia Beverage Tax are consistent with what we anticipated when projecting revenue – declining initially and then leveling out again.

"It is also important to point out that this study didn't look specifically at the consumption of heavy-soda consumers whose health would benefit the most from cutting their soda consumption, and who in other studies have been more inclined to reduce consumption as a result of a tax."

A previous study found that the tax reduced adult soda consumption by 31% but had no detectable impact on consumption of other sugary beverages.

But that study, which involved 400 people, over-sampled disadvantaged residents and included a high amount of people who drank soda daily, Drexel researchers noted in their own study.

Another study found the tax has cut sugary drinks sales in Philadelphia by 46% since the it took effect in January 2017, though a big chunk of that loss is due to residents purchasing soda outside city limits. When those sales are factored into the equation, a 22% reduction results.

Several other cities have passed soda taxes since Philadelphia approved its tax in 2016. But measuring their impact on community health remains a difficult endeavor.

But there aren't many studies like that. As Quartz explains:

Measuring the true effectiveness of a soda tax is difficult. Public health advocates agree that high sugar consumption contributes to the United States’ rising obesity rates, which open the door to problems including heart disease, stroke, and type 2 diabetes. But to determine whether a tax can influence those disease rates requires tracking and analyzing shopping behaviors, picking what products and brands you want to track, and getting access to that data with a partnering retailer. Then, perhaps even more difficult, is using that data to understand how it fits in a community’s broader health profile.

Philadelphia's soda tax levied a 1.5-cent-per-ounce charge on distributors of sugary beverages. But the tax has been fully passed on to consumers.

The tax has failed to meet its initial projections, forcing city officials to reduce their investment in Rebuild, the program designed to fund park and recreation centers. According to The Inquirer, the program is now expected to spend $425 million, down from its original $500 million projection. The program initially was set to upgrade about 200 facilities; only 72 are currently slated for improvements.