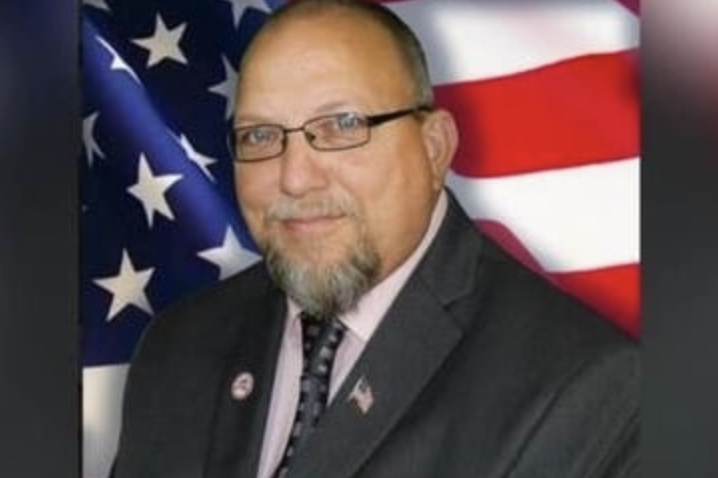 Ed Durr, the South Jersey Republican who defeated Senate President Steve Sweeney in Tuesday's election, faced strong condemnation for an anti-Islamic tweet he wrote in 2019. Durr issued an apology for his remarks on Friday.

Ed Durr, the truck-driving South Jersey Republican who shockingly defeated Senate President Steve Sweeney in Tuesday's election, issued an apology Friday in response to backlash he has received over an anti-Islamic tweet he wrote two years ago.

Durr gained national attention this week for his improbable victory in New Jersey's Third District, where Sweeney has held office since 2004 and has become one of the state's most powerful political leaders.

The 58-year-old Gloucester County resident spent a paltry $153 during primary season and had principally campaigned against the state's COVID-19 pandemic response.

In the wake of Durr's victory, a review of his Twitter account brought attention to an incendiary and offensive tweet he wrote in 2019 prior to his quest for political office.

The discovery of the tweet prompted outrage among Muslims in New Jersey, which has one of the largest Muslim populations in the country. The state has about three times as many adult Muslims per capita as the national average and has more Muslim elected officials than any other state.

"I'm a passionate guy and I sometimes say things in the heat of the moment," Durr said Friday. "If I said things in the past that hurt anybody's feelings, I sincerely apologize."

The Council on Islamic-American Relations in New Jersey and Muslim Advocates both condemned Durr's "hate-filled, xenophobic and anti-Muslim" tweet, calling for his resignation if he did not renounce his past remarks.

“Mr. Durr will soon be a state senator in New Jersey, and so, I believe it is in everyone’s best interest to engage him in conversation and not let the matter go unchecked," said CAIR New Jersey director Selaedin Maksut. "I am asking Mr. Durr to sit with me and other Muslim community leaders from his district and lend us his ear. Our aim is to explain why his tweet is so troubling, how it perpetuates falsities about Islam, and hatred and violence against Muslims."

“Anti-Muslim smears like the kind Mr. Durr posted on his Twitter account have been directly responsible for hate and violence against American Muslims," added Muslim Advocates communications director Eric Naing. "The hateful words and false conspiracy theories spread by Durr should have no place in society, let alone the New Jersey State Senate. Mr. Durr must either sincerely apologize and disavow his hateful and dangerous social media posts or resign."

The Associated Press called the election on Thursday with Durr leading by more than 2,000 votes, though Sweeney had not yet conceded the race by Friday morning. Durr has not officially declared victory, but his statement on Friday used the title "Senator-elect."