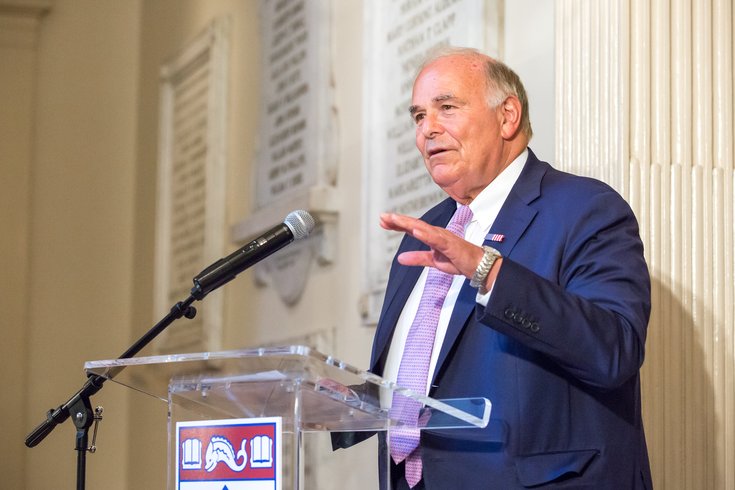 Former Pennsylvania Gov. Ed Rendell offered a strong set of recommendations to Democrats in the wake of Tuesday's midterm elections, which flipped control of the House of Representatives back to the current minority party in Washington.

Even as the election fell short of a predicted "blue wave" across the country, Democrats won critical leverage in Congress to influence the shape of the Trump administration's legislative agenda heading into the 2020 presidential election.

Appearing Wednesday morning on Bloomberg Television, Rendell urged Democrats to focus on legislation rather than duplicating the efforts of special counsel Robert Mueller's investigation of the president and Russian interference in the 2016 election.

"We need to legislate, and that means passing a comprehensive infrastructure bill," Rendell said. "And I believe there are Republican votes in the House and the Senate to do just that. And I think the president will sign one."

Rendell also said there should now be bipartisan support for immigration reform.

"If we solve two major problems like that, if we protect pre-existing conditions, we'll have legislated in a positive way and shown the American people that we can govern," Rendell said. "We will get the benefit of that in 2020."

The former mayor and governor, now 74 years old and battling the early stages of Parkinson's disease, cautioned against liberal self-assurance that population trends will eventually give Democrats a natural majority in American politics.

"We can get titular control of the electorate, but there are swing Republicans and swing Democrats — a lot of them located in the suburbs — and they want to see production," he said. "They want to see people try to get things done. If we just become a party bent on vengeance, we will lose even with the demographic shift."