Fourth annual event will see over 60 acts in two days 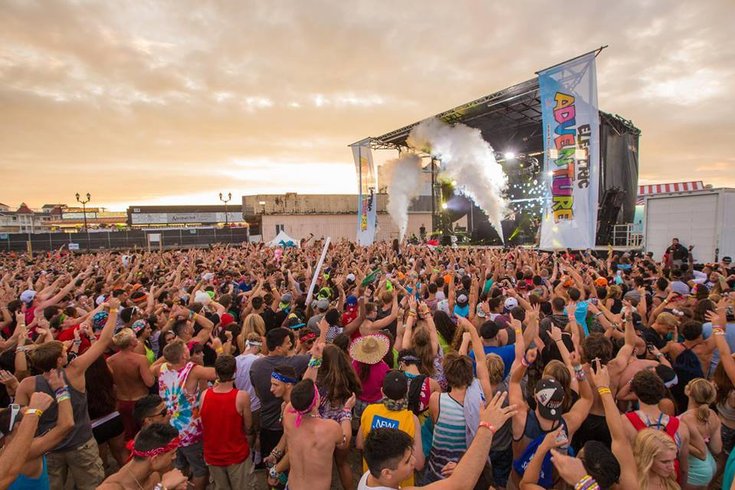 This year's festival takes place oceanfront at Atlantic City's South Beach. Now expanding to five stages, 2015 will be the festival's largest so far, having began in Jackson, New Jersey, at Six Flags Great Adventure in 2012 before moving beachfront to Seaside Heights in 2014. In addition to food and drink vendors available on the beach, EA will also have interactive art installations, beach volleyball and a water slide. The whole event is for ages 18 and up only, with VIP sections for patrons 21 and over.

One act whose name is still under wraps will join the three headliners. Deep house, dubstep, moombahton and hip-hop acts are among the extensive dance lineup. Fan favorites DJ Lady Faith, Machine Gun Kelly and Ty Dolla $ign will attend as will a few artists from the area, like Philly's Josh Wink and New Jersey's EDM artist Brillz.

Tickets for the festival are going fast and a handful of acts are still yet to be revealed. Early bird tickets have already sold out and the two-day passes remaining go for $150.

Area EDM fans have a lot to look forward to in August, as the two Philadelphia dates for the Mad Decent Block Party follow Electric Adventure on Thursday, August 7 and Friday, August 8. Mad Decent founder and Philadelphian Diplo will perform solo and with his music project Major Lazer at the Festival Pier event.