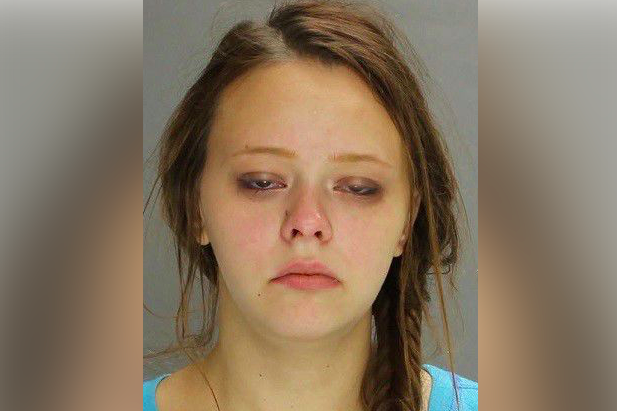 Candace Parrow, 23, of Elizabethtown, Pennsylvania, is charged with homicide in the strangulation death of her four-month-old daughter.

Prosecutors in Lancaster County filed charges Monday against a 23-year-old woman who allegedly suffocated her infant daughter last month at her home in Elizabethtown, the District Attorney's Office announced.

Authorities said Candace Parrow had sole custody of her child and had the infant with her at her apartment on the night of July 16.

Police responded to the residence on East Orange Street around 10 p.m. that night. The four-month-old girl was found unresponsive and discolored beyond help, prosecutors said.

The child was taken to Hershey Medical Center and pronounced dead about an hour later. An autopsy revealed that the infant died from strangulation and suffocation.

Investigators said Parrow appeared distraught on the night of the incident and stated that she thought she would somehow be "blamed again for this," according to prosecutors.

The father of the child, described as Parrow's paramour, was at work at the time of the incident and returned when was notified about what had happened. The man said he had seen the child around 8:30 p.m. that night during a FaceTime conversation with Parrow and the girl had looked healthy at the time. He added that Parrow had displayed past issues when their daughter would cry.

Parrow allegedly told police that she had put the child to bed, went to wash dishes in the kitchen and returned ten minutes later to find the baby unresponsive. Crime scene investigators said there was evidence in the home suggesting that Parrow never washed any dishes. She also changed her account of the events during separate interviews with investigators, prosecutors said.

Parrow was arrested Monday and charged with charged with homicide. She is not eligible for bail under Pennsylvania law.