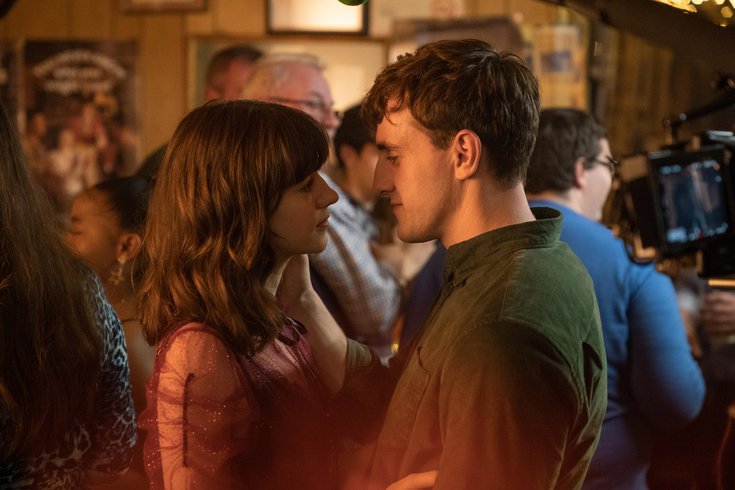 Hulu's 'Normal People' is one of the many shows that was awarded an Emmy nomination this year.

The 2020 Emmy nominations are in and there are lots of excellent shows on the list.

If you haven't caught up on all the great TV within the last year, then now – while you're stuck at home during the coronavirus pandemic – is the time to tune in and binge watch.

Below we've picked out some of the most talked about shows and shared how to stream them.

"Watchmen" earned the most nominations this year with a total of 26. The superhero drama stars Regina King as Angela Abar, also known as Sister Night. It's set in an alternate history that begins with the real Tulsa race massacre in 1921.

Nominated once again for best drama, the show based on the dystopian novel by Margaret Atwood continues to enthrall audiences. Season four is set to air next year.

If you're looking for a feel-good, funny show to binge, then look no further than "Schitt's Creek." The show stars Dan Levy, Eugene Levy, Catherine O'Hara and Annie Murphy as a wealthy family that finds themselves broke, in a small town and completely out of their element.

Seasons 1 through 5 are available to stream now on Netflix. The sixth and final season will hit the streaming service in October.

The show is available on Netflix.

Based on Sally Rooney's book by the same name, "Normal People" is a moody Irish drama that pulls on your heart strings. The show stars Daisy Edgar-Jones and Paul Mescal, following their characters' complicated relationship from high school through college. Mescal is nominated for Best Lead Actor in a Limited Series.

This show has Baby Yoda. Need we say more? "The Mandalorian" was able to pick up the first nominations for Disney+. It's the first live action series in the Star Wars franchise.

The show is available on Disney+.

"Mrs. America" tells the story of the movement to ratify the Equal Rights Amendment and the backlash led by conservative Phyllis Schlafly.

This satire about the head of the fictional Waystar Royco, a media conglomerate, and his family can be hard to watch because it's so cringe-worthy but it's also hard to turn away. Watch the episode featuring Kendall Roy’s “L to the OG" then get back to us. But before then, check out Cousin Greg's catchy "Antibodies," which pulled its inspiration from the coronavirus pandemic.

The hit show starring Issa Rae, Yvonne Orji and Jay Ellis is finally getting the recognition it deserves with a total of eight Emmy nominations. "Insecure" shows the life of a twenty-something Black woman filled with humor, flaws and insights.