ESPN analyst on First Take: Sixers' Ben Simmons could be in MVP conversation this year

Jay Williams said he spent time talking with the Sixers star's trainer over the summer, and thinks the hype is real 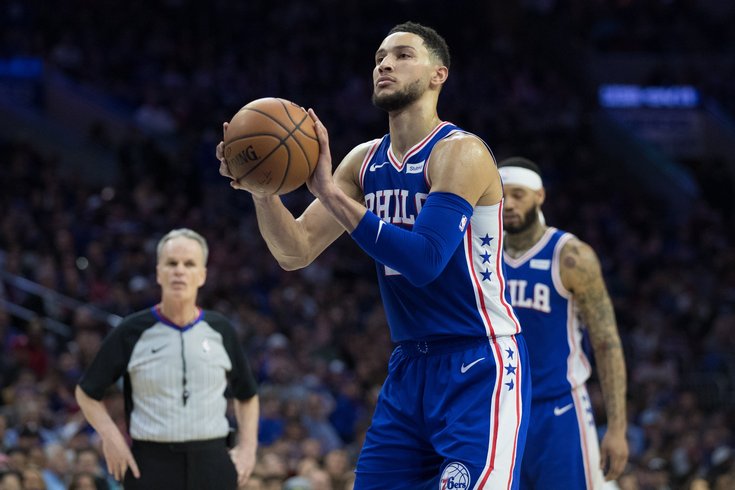 ESPN's Jay Williams thinks Ben Simmons is going to completely change the perceptions around his game this season, to the point where he could be the NBA MVP.

It's no secret that the 2019-20 NBA season will go a long way in defining the Sixers' Ben Simmons as a basketball player.

The Aussie entered the league without a reliable jump shot and landed on an All-Star team in his second season on the court, but the Sixers found their ceiling without a Simmons jumper, and it's simply too low to win an NBA title. Can Simmons adjust his game to 2019, and turn into even a moderately useful shooter? That's the goal this year.

At least one NBA personality thinks we're going to look back at our doubts about Simmons' shot and laugh. Jay Williams said Wednesday morning on ESPN's First Take that he thinks Simmons is going to completely change the perceptions around his game, to the point where he could be the best player in the league. Seriously!

Here are a few excerpts:

"I spent a lot of time this summer talking to a man named Chris Johnson, who is the trainer for Ben Simmons. I think we're going to be talking about Ben Simmons in a complete different light in about three or four months.

"I'm telling you, Ben Simmons is going to shoot the ball. I know he made his first three in the preseason game, and everybody was all, 'Whatever, who cares. It's a preseason game.'

"If he comes in and he shoots the ball the way he shot this summer, I'm telling you, we're going to be talking about Ben Simmons in the MVP conversation."

You can watch the full clip below:

That all should sound pretty good to Sixers fans. (Williams also thinks the Sixers win the title this year, for what it's worth.)

It's a big if — maybe the second-biggest if in the NBA, behind one Markelle Fultz's quest for a consistent jumper — but I think Williams is right.

If Simmons can convince opposing defenses that defending his shot from outside 15 feet is worth it, he'll suddenly be able to operate in the kinds of lanes and space that Sixers fans have been dreaming of since he was drafted.

On the other side, and I say this as an ardent Simmons supporter, it's going to be ugly if his shot flops. There are already whispers of concern among some corners of the Twittersphere:

After a series of offseason videos that appeared to show a willingness to take and make jumpshots, in three preseason games and one scrimmage Ben Simmons has taken one three point shot, two 12 foot fade-aways and is shooting 54.5% on free throws.

Simmons has only taken one three in the preseason, which came at the very end of a half. His free throws haven't looked any better, and arguably have looked worse than the second half of last year, when he actually showed improvement.

Perhaps he's saving it for the regular season. Maybe his shooting strides were overblown. We'll see. This a big year for the 23-year-old.

The Sixers open the regular season at home on Oct. 23, against the Boston Celtics.