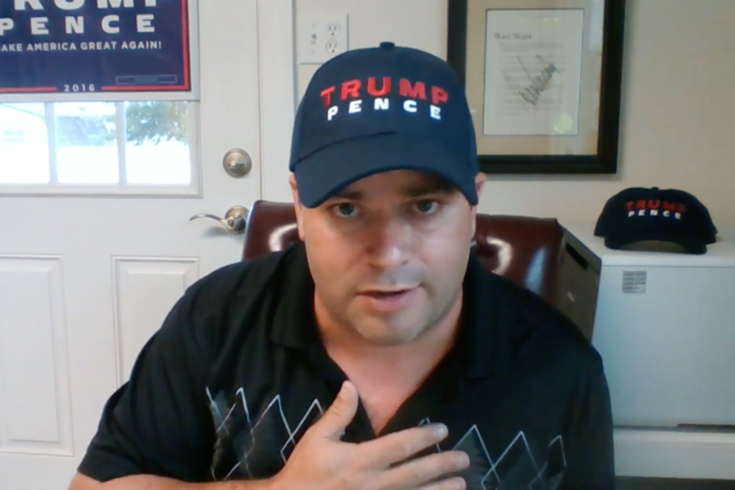 Brian McDowell — a contestant on the third season of "The Apprentice" who coordinated President Donald Trump’s campaign in Cape May County and Republican candidate for a New Jersey Assembly seat – has lost his party's support.

The reason is a vulgar 9-second-long video clip making its way around South Jersey political circles.

McDowell appears to be seen in a Wildwood bar, slurring his words, telling a woman: “Let me tell you right now, you should f*** me. It would really be good. Listen, you never know.”

The short clip, which is not appropriate for the workplace or for children, can be viewed on POLITICO.com. It was reportedly taken anonymously last month.

The party has now disavowed him and removed him from their ticket, but McDowell, who insists he was not drunk in the recording, has vowed to remain in a District 1 race considered highly competitive.

“There are human errors and even Jesus dropped the cross three times,” McDowell, the 41-year-old unmarried real estate broker, told POLITICO, one of several media outlets which have reported on the video. “I’m not running to be the pope. I’m running to make New Jersey more affordable.”

Cape May County GOP Chairman Marcus Karavan told POLITICO that the video was a tipping point.

But McDowell told POLITICO he is still supported by the Republican parties in neighboring Cumberland County, which makes up a large portion of the district, and in Atlantic County, though District 1 includes just three tiny towns there.

McDowell has made news before.

Last November, McDowell claimed he had “potentially damaging” audio of Donald Trump from 2005, when he was a contestant on "The Apprentice." He was "fired" by Trump in the second episode.

But McDowell, who had unsuccessfully sought a governmental position after Trump’s win, has said he would not release the tape or describe it because he wanted Trump to win.

The entire POLITICO story is here.